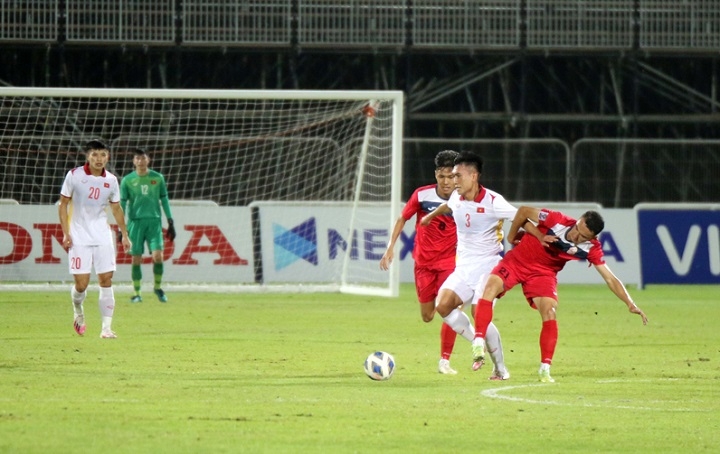 The 3-0 friendly victory against Kyrgyzstan U23s will help to boost Vietnam U23s’ confidence prior to kickstarting the race for a slot in next year’s AFC U23 Asian Cup. (Photo: VFF)

NDO – A penalty by Le Van Do and a brace from Tran Van Dat handed Vietnam U23s a comfortable 3-0 friendly win over Kyrgyzstan U23s on October 17 as coach Park Hang-seo’s side wrapped up their warmup before departing for the Group I campaign at the AFC U23 Asian Cup 2022 Qualifiers.

For the first time, Park decided to test the 4-2-3-1 formation, with Vietnam’s starting lineup featuring the presence of two players returning from the national team, Viet Anh and Hoang Anh.

Despite their better start, the Southeast Asian team could not create any concrete threats to the Kyrgyz side throughout the first 30 minutes. Even, goalkeeper Van Chuan was forced to work hard to save two Kyrgyz attempts in the 29th and 32nd minutes.

Seven minutes after the half hour mark, Vietnam were awarded a penalty as Xuan Tu was brought down in the box, and Van Do made use of this golden opportunity to gift his side the advantage going into halftime.

In the second half, Park made four substitutions, with goalie Xuan Hoang, Manh Dung, Sy Hoang and Van Dat being deployed onto the field.

Just six minutes after coming off the bench, Van Dat proved his value by doubling Vietnam’s lead before converting an assist from Van Do to complete his brace nine minutes later. 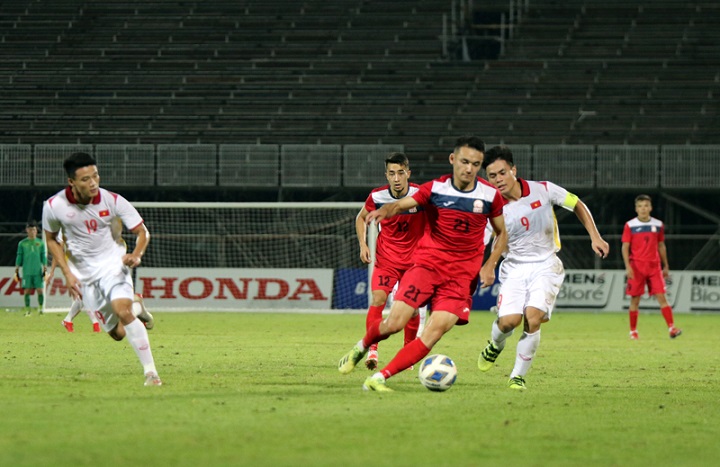 With time running out, Park continued to test some additional players, with Van Viet, Trong Long, Van Toi and Xuan Quyet given opportunities. Meanwhile, Kyrgyzstan U23s also did the same.

Although the result of the friendly game counted for nothing, the 3-0 victory in the last rehearsal will also help to boost Vietnam U23s’ confidence prior to kickstarting the race for a slot in next year’s AFC U23 Asian Cup.

After the match against Kyrgyzstan, Park Hang-seo will decide on his final 23-man squad for the round-robin Group I campaign, which also sees the presence of Myanmar and Chinese Taipei.

As determined by the AFC, all the Group I matches will be hosted in Kyrgyzstan, with Vietnam to play Chinese Taipei on October 27 and Myanmar on November 2. The group winners will secure a direct ticket to the AFC U23 Asian Cup 2022.