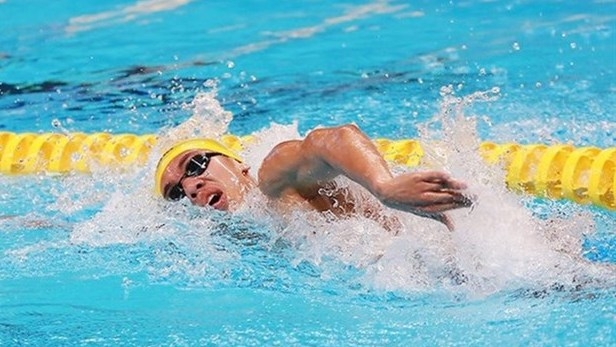 NDO//VNA - The Vietnamese national swimming team will leave for Hungary on November 1 to train for the 31st Southeast Asian (SEA) Games and 19th Asian Games (ASIAD).

Swimming star Nguyen Thi Anh Vien wasn’t on the list to go to Hungary, because she had previously written an application to leave the Vietnamese swimming team. Although the National Sports Administration and her military team haven’t made a final decision on her proposal, she refused to go to Hungary.

According to Tran Duc Phan, deputy director of the National Sports Administration, right after the Vietnamese sports delegation returned from the Tokyo 2020 Olympics, the administration discussed investment and training for the swimmers.

Phan said that the process of preparing the swimming team to train abroad was urgent. If swimmers don’t train abroad, the current training conditions in the country plus the influence of the COVID-19 pandemic will greatly affect their performance.

Another important task in 2022 of the team is to prepare for the ASIAD 19 in China in September. Vietnam has never won an ASIAN gold medal, the best achievement that Vietnamese swimmers is Hoang's silver medal at the 2018 ASIAD in the men’s 1,500m freestyle in Indonesia.