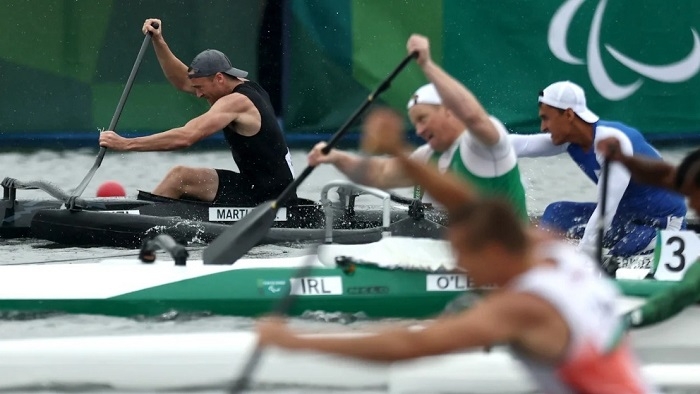 Hungary’s rising star in canoe sprint, Peter Kiss, was the favourite going into the men’s kayak single 200m KL1, and he didn’t disappoint winning the first gold medal of the competition on Day 10 at the Tokyo 2020 Paralympic Games on September 3.

The 18-year-old, who is already a world and two-time European champion, led from start and crossed the line to beat the Paralympic best time that he had set in the heats in 45.44.

The victory on his Games’ debut was more than two seconds ahead of nearest rival, six-time world champion, Brazil’s Luis Carlos Cardoso da Silva, 36, on 48.03, who took silver. France’s Remy Boulle, 33, who had dyed his hair bright blue for the occasion, took bronze.

Day 10 also proved a winning one for Great Britain, which topped the sport’s medal table at Rio 2016 with five medals, including three golds.

Paralympic champion Emma Wiggs got the Tokyo 2020 campaign off to a flying start with a win in the women’s Va’a single 200m VL2. The eight-time world champion, 41, lowered the Paralympic best time that she had set the day before in the heats as she turbo-charged her canoe to the line in 57.028.

Australia’s Curtis McGrath was the won to watch in the men’s kayak single 200m KL2 final. The reigning Paralympic champion powered through the water to win the third of the four golds up for grabs on September 3.

In a dramatic fourth final, Ukraine’s Serhii Yemelianov, won by the closest of margins the men’s kayak single 200m KL3. The defending Paralympic champion, and three-time world champion, just nudged ahead of the Russian Paralympic Committee (RPC)’s Leonid Krylov to finish in 40.35 with the 41-year-old landing in silver in 40.46.

Haider Ali won the men's discus throw F37 to claim his nation's first ever Paralympic gold medal at the Paralympic Games. The Pakistani athlete made his best throw at 55.26m, which incidentally also broke a Paralympic record. That's three accomplishments in one.

French rider Kevin Cunff won one of cycling road's last events at Tokyo 2020, the men's C4-5. The 33-year-old cyclist braved the rain like the other riders to claim his first Paralympic gold in his Paralympic debut and in his fifth event at Tokyo 2020.

It's an amazing Paralympic debut for Great Britain's Owen Miller as he takes gold in the men's 1500 T20. Despite the rainy weather at the Olympic stadium, the Brit clocked a time of 3:54.57 followed by RPC's Alexandr Rabotnitskii and Italy's Ndiaga Dieng.

Here are the gold medal winners during the morning session of athletics at Day 10 of the Tokyo 2020 Paralympic Games: