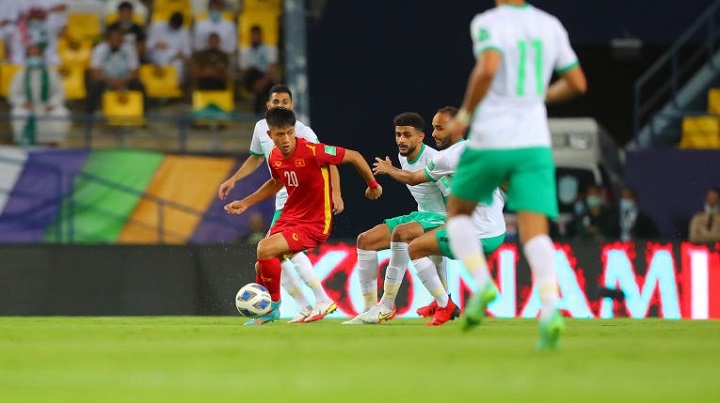 Vietnam's Phan Van Duc (in red) in action with Saudi Arabian players during their Group B opener in the final round of the 2022 World Cup Asian Qualifiers on September 3. (Photo: AFC)

NDO – Vietnam relinquished a one-goal lead to go down 1-3 to Saudi Arabia in their opening Group B match of the final round of the Asian qualifiers for the FIFA World Cup Qatar 2022 at King Saud University Stadium in Riyadh on September 3 (Vietnamese time).

Nguyen Quang Hai gave Vietnam a shocking advantage after just three minutes with a left footed shot from outside the box to the bottom right corner.

However, Do Duy Manh’s red card in the 54th minute proved most costly as Saudi Arabia mounted a stunning comeback with Salem Al Dawsari and Saleh Al Shehri neatly converting their penalties together with Yaseer Al Shahran’s stunning header to secure all three points for the home side.

Vietnamese fans did not have to wait so long for celebration as talisman Nguyen Quang Hai capitalised on Abdulelah Al Amri’s poor clearance to control the ball 25 yards out and rifled an effort that beat goalkeeper Mohammed Al Owais. 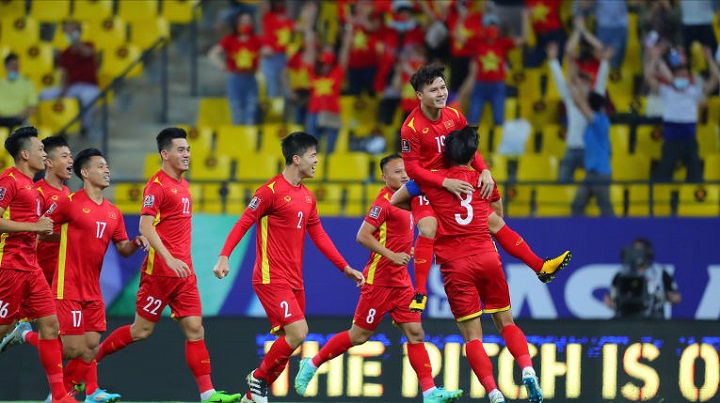 Saudi Arabia almost found an equaliser in the 28th minute as Fahad Al Muwallad broke free following Saleh Al Shehri’s fine threaded pass, rounding the goalkeeper and preparing to fire into the empty net before a heroic Do Duy Manh last-ditch challenge arrived to clear it behind.

Five minutes after the restart, Duy Minh’s attempt at another goal-saving tackle backfired as the defender’s sliding challenge to stop Al Faraj’s finish saw him handle the ball inside the box, prompting the referee to point to the spot and send Duy Minh off following confirmation from VAR.

Al Dawsari did not waste the golden chance converting the penalty to bring Saudi Arabia level. 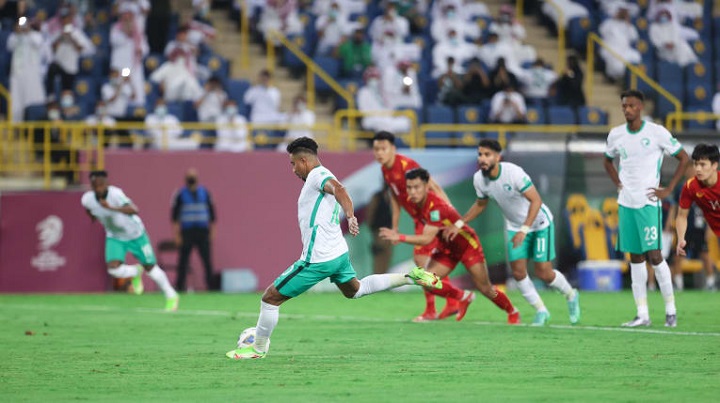 Saudi Arabia took advantage of their numerical superiority to take the lead seven minutes after the hour mark, with Al Ghannam sending a floating cross into the far post for his opposite full-back Yasser Al Shahrani who powered in a powerful header to make it 2-1.

Things became worse for Vietnam as skipper Que Ngoc Hai brought down Al Dawsari inside the box and Saudi Arabia were awarded a second penalty 10 minutes from time. Al Shehri stepped up and easily beat Bui Tan Truong with a Panenka to seal the home side’s 3-1 win.

Australia are temporarily leading Group B after the first matchday. (Photo: AFC)

Next up for Vietnam will be a home fixture against Australia at 7pm on September 7 (local time), while Saudi Arabia will travel to Muscat to face Oman.