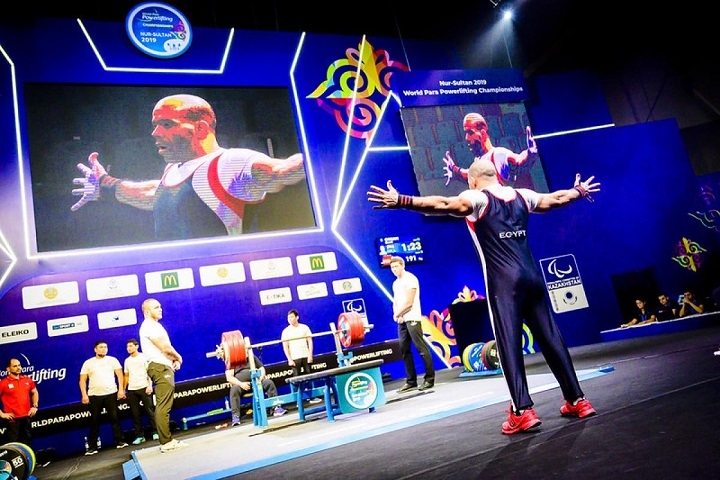 One of the biggest stars in Para powerlifting will be in action on the second day of the competitions at the Tokyo 2020 Paralympic Games on Friday 27 August.

Here is all that you need to know about Para powerlifting day two at the Tokyo International Forum!

The men’s up to 59kg category will kickstart the action and will be one of the highlights of the day. Three-time Paralympic champion Sherif Osman aiming for his fourth title with a new world record in Tokyo.

“I will keep the best for Tokyo and will aim to break my own world record in August,” the Egyptian said at Dubai 2021 World Para Powerlifting World Cup in June.

“Last few months have been very challenging for all athletes with no competition. It felt like ‘I was sleeping’. But I believe that period has made us mentally stronger and gave us a lot of self-belief,” he added.

The Para Powerlifting legend currently holds the men’s up to 59kg world record at 211kg from the Rio 2016 Games.

The task at hand will be an easy one for Osman with a star-studded line-up waiting to throw thrilling action.

Meanwhile, Rio 2016 silver medallist Rehab Ahmed from Egypt would aim to continuing her form of Nur-Sultan 2019 where she was crowned the world champion, to emerge winner in the women’s up to 50kg.

But Ukraine’s 43-year-old Lidiia Soloviova would be ready to stop Ahmed and defend her Rio 2016 title. Another strong medal prospect is China’s Hu Dandan, who would be keen to take the top honours in the up to 50kg after her Rio 2016 gold medal in the up to 45kg.

Watch out for Great Britain’s Olivia Broome who would be looking to make it big at Tokyo after her World Cup performance in Manchester in March 2021, where she set a new junior world record.

The reigning world champion set the new world record with a lift of 133kg at the Tbilisi 2021 World Cup in May, and will be out to compensate for Rio 2016 fourth place finish.

The last event of the second day will be the men’s up to 65kg which is expected to be dominated by one of China’s biggest stars Liu Lei, the three-time Paralympic gold medallist and Dubai 2014 world champion.

Lei would be the strong favourite for the gold medal while Algeria’s Nur-Sultan 2019 silver medallist Hocine Bettir; Iran’s Amir Jafari Arangeh, the Mexico 2017 Worlds silver medallist, and Jorge Carinao of Chile, gold medallist at the Bogota 2021 World Cup, should be among the medal contenders.