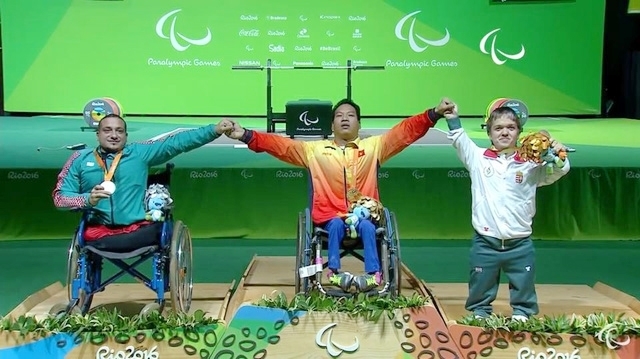 NDO/VNA - Vietnamese athletes with disabilities will compete in three sports, namely weightlifting, swimming and athletics, at the Tokyo 2020 Paralympic Games.

The Vietnamese delegation consists of 15 members, including seven athletes, three coaches as well as officials, doctors and translators.

It is led by Deputy General Director of the Vietnam Sports Administration Nguyen Hong Minh.

As planned, the delegation will leave for Tokyo on August 19 and will arrive in Japan on August 20 morning.

Five years ago, Vietnamese athletes with disabilities made their mark at the Rio 2016 Paralympics when they won one gold, one silver and two bronze medals.

The opening ceremony of the Tokyo 2020 Paralympic Games will take place at 8pm on August 24 and the closing ceremony at 8pm on September 5.