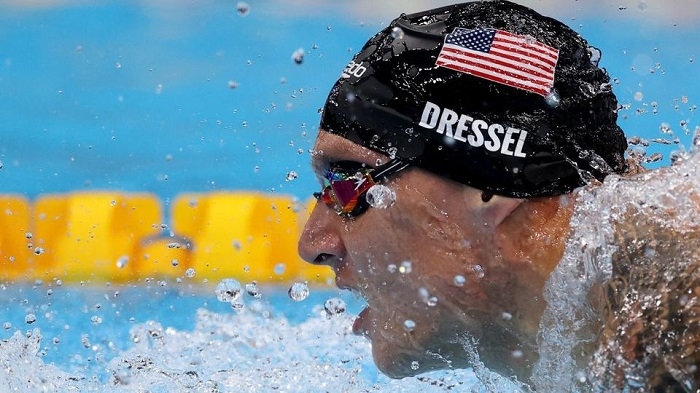 Caeleb Dressel and Katie Ledecky added to the United States’ gold medal haul at the Tokyo Olympics on Saturday (July 31) while Australia’s sensational run continued with Kaylee McKeown winning the 200m backstroke for their seventh gold in the pool.

Dressel stormed to the men’s 100m butterfly title with a world record time of 49.45 to pick up his second individual gold of the Tokyo Games. He also won gold in the 4×100 freestyle relay.

Ledecky won the 800m freestyle to add to her 1,500 freestyle gold – and also had the satisfaction of defeating her Australian rival Ariarne Titmus for the first time in Tokyo.

Titmus had to settle for a silver medal but there was plenty for Australia to celebrate with McKeown’s perfectly timed swim to complete the backstroke double.

The powerful American, who also won gold in the 100m freestyle, was fastest out of the blocks and never looked in danger, though Milak came back hard to close the gap down the straight.

Dressel has a busy morning, racing in the 50m freestyle semi-finals and is likely to swim in the final of the mixed medley relay about 30 minutes after that.

Ledecky has been the dominant force in the 800m free and she took control from the outset, increasing her lead over Titmus from the 500m mark.

The American now has six individual career Olympic gold medals, taking her past the record of Hungarian Krisztina Egerszegi who had five.

McKeown turned up the pace on the final lap to power past Kylie Masse after the Canadian held the lead for the first 150. 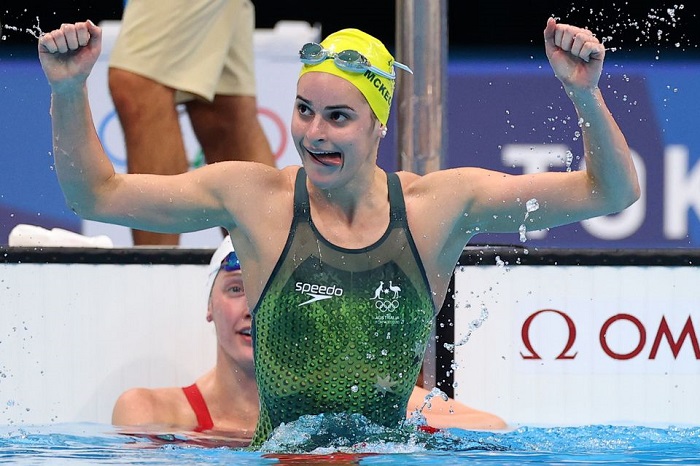 The Australian won in a time of 2:04.68 with Masse 0.74 behind and McKeown’s team mate Emily Seebohm taking the bronze medal.

Australia’s women have now picked up six of the country’s seven gold medals in the pool.

Britain won the gold medal in the mixed 4x100m medley relay in a world record time of three minutes 37.58 at the Tokyo Olympics on Saturday. China won the silver and Australia took bronze.

Earlier, Britain made history on Saturday as they won the first-ever Olympic gold in the triathlon mixed relay in 1:23:41, adding a third medal to their triathlon haul at Tokyo's Odaiba Marine Park, as the United States took silver and France finished third.

The race format features teams of two men and two women, who each complete a short-course race of 300 metres swim, 6.8km bike and 2km run before tagging their team mate to take over.

Contenders for the men's 800 metres qualified comfortably to the semifinals on Saturday, as they began their mission to become the new Olympic champion after double Olympic gold medallist Kenyan David Rudisha's persistent injuries denied him the chance to defend his title, kicking the race wide open.

Botswana's 2012 Olympic silver medallist Nijel Amos, who boasts this year's world leading time of 1:42.91, advanced to Sunday's semifinals by winning his heat with a 1:45.04. Kenya's Ferguson Rotich, also comfortably made it through to the semis, winning with a time of 1:43.75. Olympic bronze medallist five years go in Rio, American Clayton Murphy strolled through to the semifinal confidently winning his heat with a time of 1:45.53.

American Kendra Harrison stayed on course to become the first world record holder to win Olympic gold in the women's 100 metres hurdles in 33 years by safely qualifying through her heats on Saturday. There was a false start in Harrison's heat as Frenchwoman Laura Valette was yellow-carded but the American strode through confidently and then surged ahead of her rivals in the final 20 metres to clock 12.74.

Meanwhile, Simone Biles withdrew from the vault and uneven bar apparatus finals at the Tokyo Olympics on Saturday as the US gymnast continued to wrestle with mental health issues. Biles had earlier stunned the Tokyo Games when she dropped out of the team competition following a poor opening vault and then decided not to defend her all-around crown. The 24-year-old, however, might yet make another appearance at the Tokyo Games having not ruled herself out for floor exercise on Monday and beam on Tuesday.