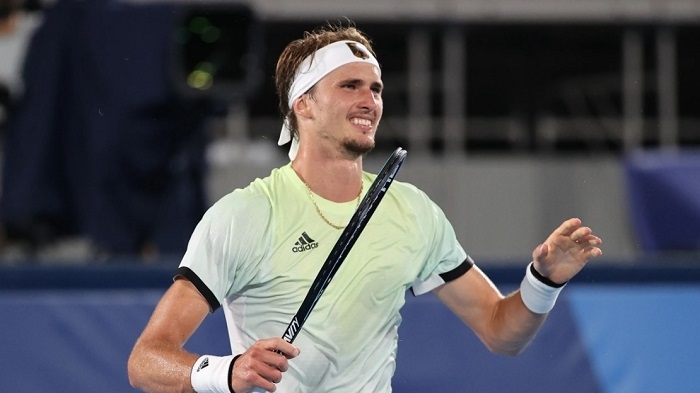 The men's singles gold medal will be handed out on the last day of tennis, along with gold medals up for grabs in women's doubles and the mixed doubles.

Centre Court is the site of all three gold-medal matches from 12:00 (local time), with victory ceremonies to follow each.

Having stunned world number-one Novak Djokovic in the semifinal, Alexander Zverev - the first German to reach a men's singles tennis finals at the Olympics since Tommy Haas won silver at the Sydney Games in 2000, will be hoping to go one step farther and claim the gold on offer. To do so, he'll have to get past Karen Khachanov (ROC) who beat Pablo Carreno in straight sets in his semifinal.

In the day's other finals, Czechs Barbora Krejcikova and Katerina Siniakova take on the Swiss team of Belinda Bencic and Viktorija Golubic in women's doubles while, in the mixed doubles final, it's an all-ROC affair with Elena Vesnina and Aslan Karatsev playing Anastasia Pavlyuchenkova and Andrey Rublev.

Bencic will have to find her way around the Czech Republic's Marketa Vondrousova in the singles final before she can set her sights on doubles glory.

Day nine of Tokyo 2020 swimming will see the remainder of the finals come to a close, beginning with the men's and women's 50m freestyles, before moving onto the men's 1500m freestyle, and rounding off with both the men and women's 4x100m medley relay. The action is set to commence from 10:30 (local time).

Caeleb Dressel of Team USA and Florent Manaudou of France will go head-to-head in the men's 50m freestyle finals. The Frenchman won the gold at London 2012 and followed it up with a silver at Rio 2016, while Dressel already has two golds at these Tokyo Games.

Athletics day 3: Action-packed finals on the track and in the field; new 100m champion to be crowned 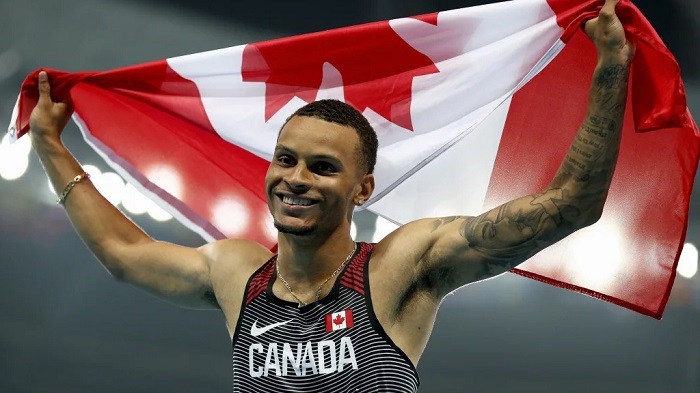 Mouthwatering finals are on the menu with the men's 100m, women's shot put and triple jump, and men's high jump taking place.

Day six of Tokyo 2020 rugby is stacked from start to finish. Placing from 9 to 12 will be decided in the morning, before the semifinals commence with the top two teams then going through to the gold-medal match.

In the evening, we'll have the classification matches (5 to 8) before the bronze-medal match -- followed by the all-important gold-medal decider. 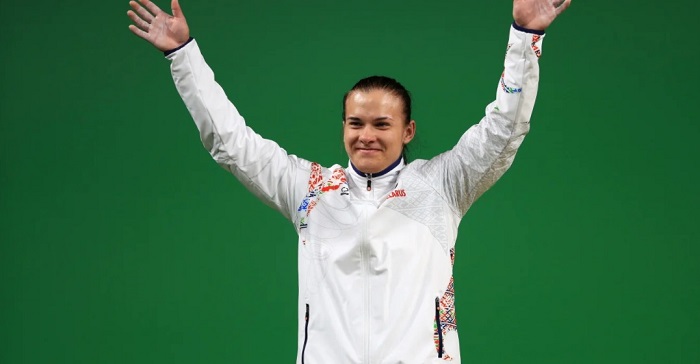 Silver medalist Darya Naumava of Belarus celebrates on the podium during the medal ceremony for the Weightlifting - Women's 75kg on Day 7 of the Rio 2016 Olympic Games at Riocentro - Pavilion 2 on August 12, 2016 in Rio de Janeiro, Brazil. (Photo: Getty Images)

Belarusian Darya Naumava is returning to the Olympic stage to try to improve on her Rio 2016 silver-medal title. However, newcomers like Canada's Kristel Ngarlem - who clinched bronze in the Roma 2020 World Cup - and Mahassen Hala Fattouh - the first Lebanese to take part in the sport - are not trailing far behind in the distance.

Fencing day 9: Clash of the titans on the cards for the men's foil team title

It's the ninth day of the fencing competition at the Tokyo 2020 Games. The action starts at 09:30 am (local) at the Makuhari Messe Hall B in Chiba Prefecture with the quarterfinals and semifinals in the men's foil team event. The evening session gets underway from 18:30 with the bronze and gold medal matches.

It would be a clash of the titans should the reigning Olympic champions, ROC, take on world champions, the United States, in the final of the men's foil team. Olympic silver medallists France, ranked second in the world, will also put up a tough challenge, along with Italy, ranked third.

Wearn holds an unassailable lead in the laser men competition while the laser radial women's event is too close to call.

The day's sailing gets underway at 12.00 pm (local) with further heats of the Finn Men and Foiling Nacra 17 Mixed, as well as the 470 men and women's events. It also features the medal races for the Laser Men and Laser Radial Women.