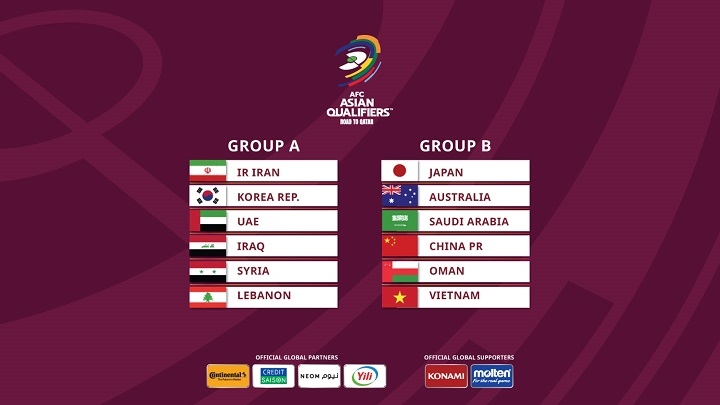 The draw results for the final round of the 2022 FIFA World Cup Asian Qualifiers. (Photo: AFC)

NDO – Vietnam were placed in the same group as Asia’s top-ranked Japan as the draw for the final round of the Asian Qualifiers for the 2022 FIFA World cup was held virtually in Kuala Lumpur, Malaysia on July 1 afternoon.

Based on the special FIFA Ranking released for Asian teams on June 18, top seeds Japan and the Islamic Republic of Iran took their places in Pot 1, with Pot 2 comprising Australia and Korea Republic, while Pot 3 included Saudi Arabia and the United Arab Emirates (UAE).

Pot 4 contained Iraq and China, followed by Oman and Syria in Pot 5 and debutants Vietnam and Lebanon completing the line-up in Pot 6.

According to the draw results, coach Park Hang-seo’s Vietnamese side will be joined by powerhouse Japan, Australia, Saudi Arabia, China and Oman in Group B. 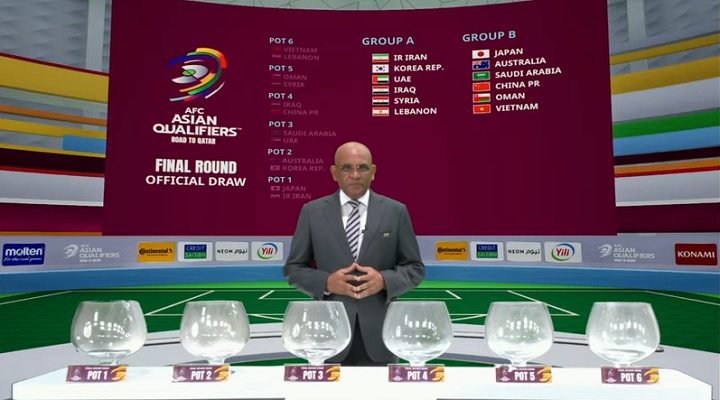 Vietnam will be joined by powerhouse Japan, Australia, Saudi Arabia, China and Oman in Group B. (Screenshot)

The final round of the Asian Qualifiers will begin in September and end in March 2022, with the 12 teams playing home-and-away round-robin matches in their groups.