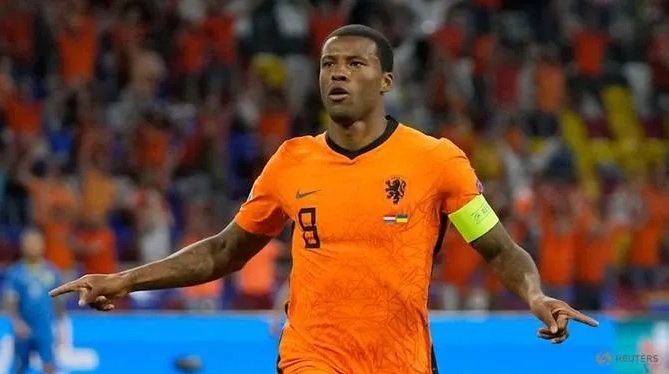 The Netherlands have turned their sceptical supporters into true believers after three straight wins at Euro 2020 but they come up against an old nemesis in the Czech Republic in the last 16 on Sunday.

Attitudes towards the Dutch team have swung from one extreme to the other as coach Frank de Boer had to weather a storm of criticism over his tactics and results, but his side are now fancied for Euro 2020 success – at home at least.

They topped Group C with a perfect record, albeit all three wins came at Amsterdam’s Johan Cruyff Arena, to send their countrymen into ‘Orange fever’ with expectations ratcheting up dramatically.

Yet the Netherlands will be wary of what lies ahead at the Puskas Arena in Budapest on Sunday, especially if they under-estimate their opponents.

It was a mistake they made in Euro 2016 qualification, losing both home and away to the Czechs and failing to make the tournament in France.

It was the same at the 2004 finals when the Czechs came from two goals down to beat the Dutch 3-2 in a last-gasp triumph in the group phase in Portugal.

Dutch captain Georginio Wijnaldum moved quickly this week to dispel any notion they saw the Czechs as inferior opposition.

“Everyone has seen Germany against the Hungarians, right? We are viewing the Czech Republic as a top country and approaching the game as such,” he said.

The Czechs' impressive record at the Euros has been understated. Since 1996 they have not only qualified for every tournament, but have made it past the group phase four times. They were runners-up in 1996, semi-finalists in 2004 and made the last eight in 2012.

Czech coach Jaroslav Silhavy has an energetic side, who press high and look for ball turnovers and counter-attack opportunities.

In Patrik Schick they possess an in-form striker, with three goals at the tournament so far, including an astonishing effort from near the halfway line against Scotland in their opening game.

But one wondrous finish does not make a summer and Silhavy complained after the last game against England, a 1-0 defeat at Wembley, about their poor finishing.

The Dutch, however, remain favourites with Memphis Depay and Donyel Malen providing an exciting new combination in attack with Wijnaldum and Frenkie de Jong running the midfield.

Defender Matthijs de Ligt is over a groin injury and is adequately making up for the absence of Virgil van Dijk in the back four.