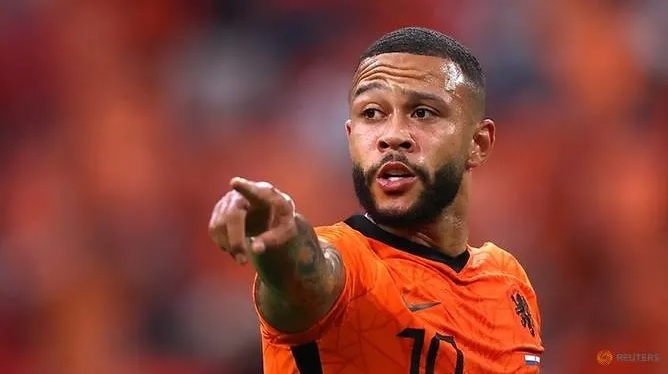 A statement from the Catalans said Depay, whose contract with Olympique Lyonnais runs out later this month, will sign a deal with Barca until the end of the 2022-23 campaign.

* Brazilian Lucas di Grassi won Formula E's Puebla e-Prix, the eighth race of the all-electric series' season, on Saturday after Germany's Pascal Wehrlein finished ahead but was disqualified as he crossed the line. The penalty handed di Grassi the win with Audi Sport Abt team mate Rene Rast making it a one-two and taking the fastest lap. Venturi's Edoardo Mortara was third.

* Formula One championship leader Max Verstappen pulled off the unexpected on Saturday when he snatched a comfortable French Grand Prix pole for Red Bull at a track that had until now been a happy hunting ground for rivals Mercedes. His lap of one minute 29.990 seconds made him the only driver to breach the 1:30 barrier and was good enough to beat seven-times world champion Hamilton by 0.258 seconds.

* The British Open will be able to accommodate up to 32,000 fans per day at Royal St George's, organisers the Royal and Ancient (R&A) said on Saturday after discussions with the government and public health authorities. The 149th Open, cancelled last year because of the COVID-19 pandemic, will take place July 15-18 and fans will be allowed despite the government's announcement that it is delaying the next planned easing of its restrictions.

* Russian qualifier Liudmila Samsonova made light of her world ranking of 106 to defeat former number one and two-time Grand Slam champion Victoria Azarenka to reach the Berlin WTA grass court final on Saturday (Jun 19). Samsonova, 22, will face world number 12 Belinda Bencic for the title on Sunday after her 6-4, 6-2 win over Azarenka.

* Fourth seed Andrey Rublev churned out another win as he overcame qualifier Nikoloz Basilashvili 6-1 3-6 6-3 to reach the final in Halle on Saturday. The Russian dropped his first set this week on the grass but responded to ease through a deciding set and book a Sunday final against either Felix Auger-Aliassime or Ugo Humbert.