The football match between Vietnam and Indonesia at the second round of the 2022 FIFA World Cup Asian qualifiers on June 8 (Vietnam’s time) attracted 2 million views and 15,000 shares on streaming platforms, making it the top live streaming video Youtube. 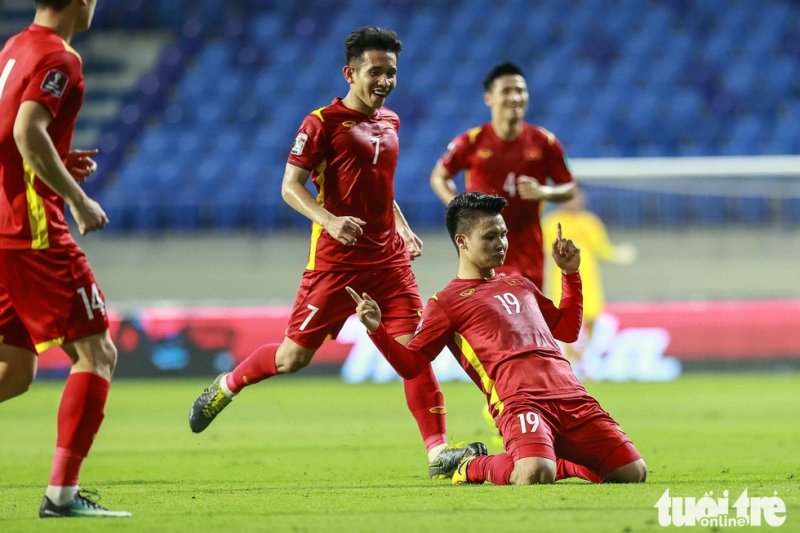 Quang Hai and his teammates celebrate a goal at the match with Indonesia. Photo Tuoi Tre

According to Next Media, the match had more than 1.5 million views on the company’s Youtube channel and nearly 500,000 views on Facebook. In addition, nearly 15 million people watched the match live.

Next Media, Vietnamese sports and digital media company,y own the copyright of matches of the national men's football team at the 2022 FIFA World Cup Asian qualifiers’ second round.

Two years ago, the football match between Vietnam and Curacao at King’s Cup 2019 reached more than 1.87 million concurrent viewers, breaking all streaming records ever made on Youtube in Southeast Asia in all sectors. In addition, this match was in the top 10 livestreamed videos with the highest concurrent viewers of all time on YouTube, although it was limited to Vietnamese viewers.

The violation of television piracy of football tournaments in Vietnam has led to many international matches being cut off midway.

With many years of experience in managing and trading copyrights of domestic and international football tournaments, Next Media has predicted the heat of the Vietnam-Indonesia match and actively reviewed activities that infringed on the match’s piracy.

With the support of social networking platforms and Next Media's copyright control department, Next Media handled nearly 20 websites, more than 10,000 YouTube and Facebook links, and many mobile apps that infringed copyrights of this match.

Vietnam trounced Indonesia 4-0 in a match of Group G of the second round of the 2022 FIFA World Cup Asian qualifiers, which took place in the United Arab Emirates (UAE) on June 7 (local time).

Vietnam further tightens its grip on the top of the group with 14 points.

The team will have two more games in the second round against Malaysia on June 11 and UAE on June 15.

Prime Minister Pham Minh Chinh has sent a congratulatory letter to the national men's football team on their recent triumph against Indonesia. 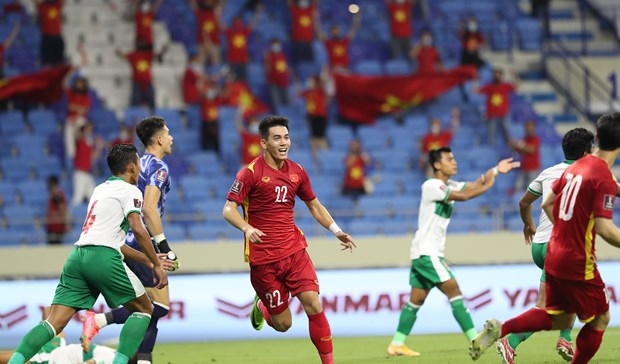 The official lauded the team’s excellent performance for a convincing victory against a big rival in the region. He said he helped the team continue to lead Group G and brought joy and pride to the Fatherland and Vietnamese people and fans throughout the country.

According to the PM, the triumph resulted from solidarity, reasonable tactics, individual technical level, mettle, will, and noble sportsmanship. He also attributed it to the team's efforts in training and determination in competition under the direct instruction of head coach Park Hang-seo, especially in the context of the complicated Covid-19 developments worldwide.

He sent the warmest congratulations to the team, their training board, and head coach on behalf of the Party, State, and people.

Chinh wrote that upcoming matches would be difficult and challenging, hoping the team not to be subjective and rest on their laurels but to continue to maintain solidarity and discipline and build on their achievements so far.

To encourage the whole team, the Vietnam Football Federation decided to reward the Vietnamese squad a total of VND1 billion (USD43,500) in bonuses for this win./.

On behalf of the team, Coach Park Hang-seo thanked the leaders of the Party, State, and many Vietnamese fans for always giving the team the best affection and encouragement.

“Every victory of the team has been imprinted with Vietnamese spirit. That is solidarity, strong will, high determination, and discipline to conquer goals together,” he said.

Coach Park Hang-seo believes that under the State's leadership, the Vietnamese spirit will be promoted in the fight against Covid-19 to help the country claim a victory over the pandemic. 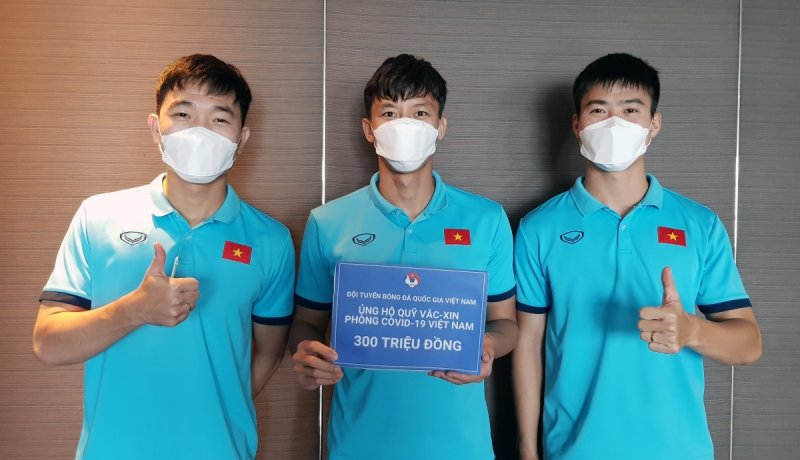 Hai said: “Before going to the UAE to compete at the 2022 World Cup qualifiers, the team members were administered with Covid-19 vaccine thanks to the Government's priority program.”

Hai and his teammates understand the importance of vaccination against Covid-19. He thinks that making a small contribution to the fight against Covid-19 is proud of each team member. Vietnamese player Van Thanh said that he wants to send the goal he scored as a present to his dead father on his personal Facebook. Photo Tuoi Tre

“The team promises to continue to make all-out efforts to achieve good results at the 2022 World Cup Qualifiers. Hopefully, the team's victories will contribute to cheering the country's fight against Covid-19,” Hai said.