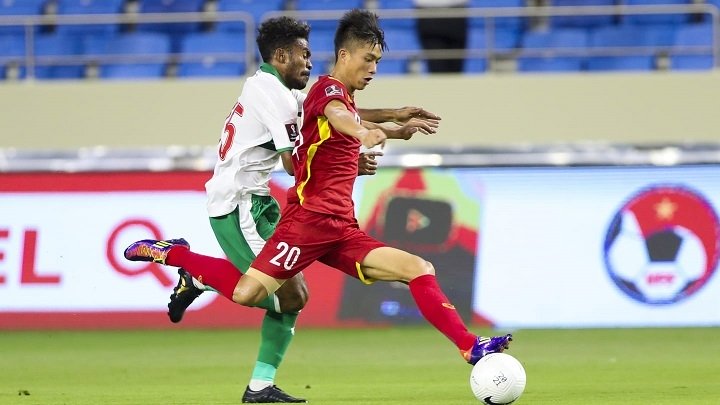 Vietnam's Phan Van Duc (in red) in action during their Group G match against Indonesia in the World Cup Asian qualifiers on June 7. (Photo: AFC)

NDO – Vietnam affirmed their power as “king” of Southeast Asian football by routing Indonesia 4-0 at Al Maktoum Stadium in Dubai, UAE on June 7 night to further solidify their Group G lead in the second round of the 2022 World Cup Asian qualifiers.

Regardless of brutal tackles from Indonesian players, Vietnam managed to produce an overwhelming match, playing a boom in the second half with four goals scored to continue holding a two-point advantage over the UAE, who toppled Thailand 3-1 in another group match on the same day.

Park’s side enjoyed a positive start to the game, constantly keeping the ball rolling on Indonesia’s field thanks to the speed and mobility of forward Van Toan and efficiency from midfield.

It took Vietnam just six minutes to produce the first threat to the Indonesian goal, with Tuan Anh firing a long-range volley that was topped by keeper Nadeo Argawinata.

In the 27th minute, Van Duc blasted a powerful left-footed shot from a tight angle forcing the Indonesian goalkeeper to parry the ball out. 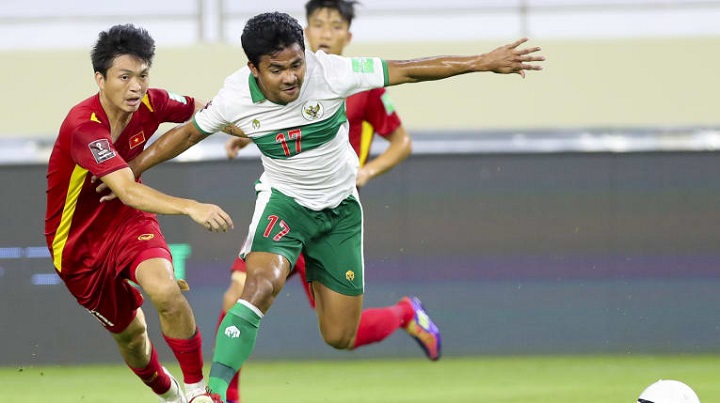 Nine minutes later, Luong Xuan Truong came off the bench to replace Nguyen Tuan Anh as Park looked to enhance Vietnam’s midfield strength. The substitute proved effective, enabling the Vietnamese to break through Indonesia’s defence a number of times in the remainder of the first half. Unluckily, none of those attacks were converted into concrete opportunities.

After the restart, Park put favourite striker Nguyen Cong Phuong onto the field as a replacement for Nguyen Van Toan, seeking to diversify Vietnam’s attacks.

Vietnam came very close to breaking the deadlock early in the second half with Xuan Truong’s long-range strike unexpectedly hitting the crossbar.

Unmarked Tien Linh wasted a golden chance to put Vietnam ahead in the 50th minute, as he shot high in the box after a backheel pass from Van Thanh.

However, the Becamex Binh Duong forward redeemed himself immediately later by shooting past goalkeeper Nadeo Argawinata to bring the Vietnamese off the mark. 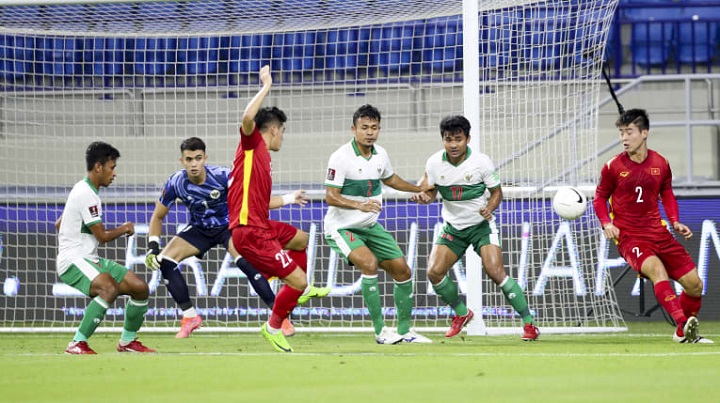 Inspired the opener, Vietnam took absolute control of the match with a series of threats produced to the Indonesian goal.

The resounding win helps Park’s troops hold on to the top spot in Group G with 14 points, two clear of the UAE and five above Thailand.

Next up for Vietnam will be a clash against Malaysia at Maktoum Bin Rashid Al Maktoum Stadium (Dubai) on June 11.