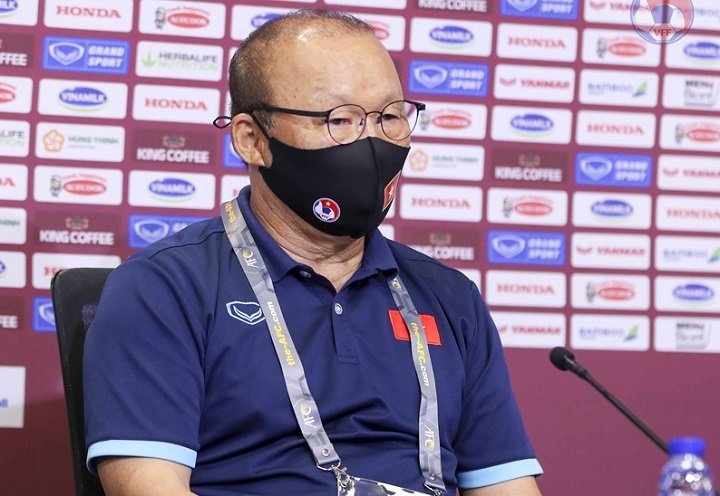 NDO – Coach Park Hang-seo has affirmed Vietnam’s ultimate goal of bagging the full three points against Indonesia as the two sides meet again in the second round of the 2022 World Cup Asian qualifiers at Al Maktoum Stadium in Dubai, UAE tonight (June 7).

The match is of great significance to Vietnam as a victory is bound to further strengthen their advantage over the two other Group G competitors, Malaysia and the UAE, in the race for a slot in the next round.

Nearly two years ago, Vietnam comfortably trounced Indonesia 3-1 away in their first group meeting. However, as assessed by Park, their second meeting later today will be very different.

“Indonesia’s squad has changed a lot from in the first leg, with only one player left. In the previous meeting they had naturalised players, but not anymore. The position of head coach has also changed as well. As far as I can see, the majority of Indonesia’s current squad mainly comprises players attending the 2019 SEA Games and 7-8 new young faces who could possibly feature in this year’s SEA Games. This is a young team with a high fighting spirit. I think Coach Shin Tae-yong has done a great job, as shown by Indonesia keeping a good balance between attack and defence,” Park told reporters during a pre-match press conference on June 6.

The most ominous point on the Indonesian side is that the young players have strong determination and desire to show their ability to build trust with the new coach, he added.

The Indonesian players occupy the space very well, the Korean coach said, warning that his players should be wary of deployments from Indonesia’s back line, especially in the left flank of the Vietnamese goal, which he said seem to be more effective.

Regarding Vietnam’s goal, Park asserted that the full three points are the only objective that they are looking towards. “A win against Indonesia is a must for us. So, we need to closely follow the set tactics in order to achieve that result.”

Speaking at the press conference, Vietnam captain Que Ngoc Hai admitted that the Indonesia match will certainly be much tougher than the first-leg meeting as the opponents have made a lot of changes.

However, he reiterated Vietnam’s goal of bagging the full three points to continue holding their right to self-decide their destiny in Group G.