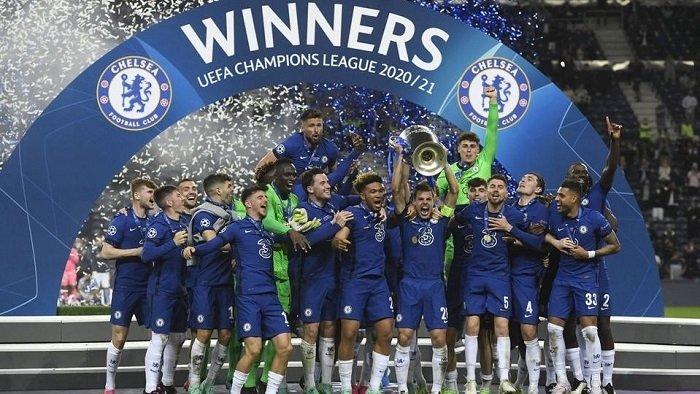 Chelsea won their second Champions League title and denied Pep Guardiola's Manchester City their first after Kai Havertz grabbed a first-half goal to secure a 1-0 win in the all-English final at the Estadio Do Dragao on Saturday (May 29).

The German youngster, Chelsea's record signing, kept his composure as he raced through and evaded goalkeeper Ederson before rolling the ball into an empty net in the 42nd minute to decide a tight encounter played in front of a 16,500 crowd. Premier League champions City were favourites ahead of the final but suffered a desperately disappointing night in their first Champions League showpiece match.

* Olympique Lyonnais have named Dutchman Peter Bosz as coach on a two-year deal to replace Rudi Garcia who left at the end of the season after a fourth-place finish saw them miss out on a Champions League place, the Ligue 1 club said on Saturday. Former Netherlands midfielder Bosz took Ajax Amsterdam to the Europa League final in 2017 and then moved to Borussia Dortmund and Bayer Leverkusen, leading them to the German Cup final in 2020 before being sacked in March this year.

* Sweden coasted to a 2-0 win over a defensively-minded Finland thanks to a Robin Quaison goal and a second-half penalty from captain Sebastian Larsson in a Euro 2020 warm-up on Saturday. Sweden open their Euro 2020 Group E campaign against Spain on June 14 before taking on Slovakia and Poland, while Finland kick off their tournament against Denmark on June 12, followed by meetings with Russia and Belgium in Group B.

* Italian Damiano Caruso earned a first Grand Tour victory in the 20th and penultimate stage of the Giro d'Italia, a 163-kilometre ride from Valle Spluga to Alpe Motta, on Saturday, as Egan Bernal closed in on the overall title.

* London club Brentford sealed their place amongst the top flight for the first time in 74 years thanks to a dominant 2-0 win over Swansea City in the Championship playoff final on Saturday. Victory for Brentford ended a run of nine playoff failures, including in last season's final, and will earn them something in the region of 170 million pounds (US$241 million) in Premier League income.

* Barbora Krejcikova gave her French Open preparations a huge boost when she won her maiden WTA title at the Strasbourg International on Saturday with a 6-3 6-3 victory over Sorana Cirstea. Krejcikova did not have the perfect match, with 10 double faults, as windy conditions in the open-air arena made serving difficult, but the Czech fifth seed converted six of 13 break points to deny her Romanian opponent a third singles title.

* Novak Djokovic enjoyed success at his own tennis centre when he won the Belgrade Open with a 6-4 6-3 win over Slovakian Alex Molcan in Saturday's final ahead of the French Open. It was Djokovic's first triumph since he clinched his 18th major at the Australian Open in February.

* World championship leader Fabio Quartararo of Yamaha claimed his fourth consecutive pole of the MotoGP season at the Italian Grand Prix on Saturday after he set a lap record at the Mugello Circuit. A front row lockout from the top three championship contenders saw Ducati's Francesco Bagnaia, a point behind Quartararo, seal second on the grid while Pramac Racing's Johann Zarco lines up alongside him in third.

* Luciano Spalletti has been named the new coach of Napoli, succeeding Gennaro Gattuso, the Serie A club confirmed on Saturday. The vastly-experienced Spalletti left his last role with Inter Milan in 2019 and enjoyed his most successful spell in Italy at AS Roma, where he won back-to-back Coppa Italias in 2007 and 2008.