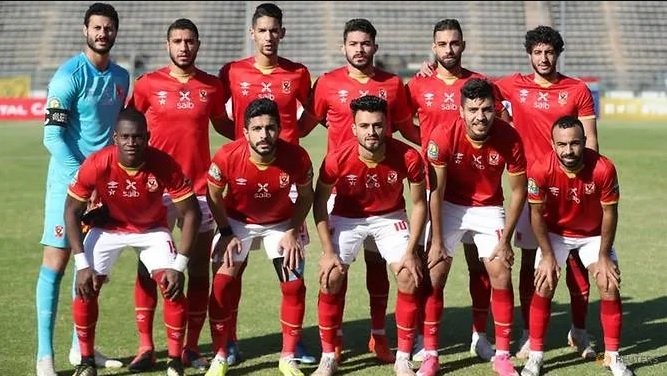 Egyptian giants Al Ahly extended their dominance of the African game with another trophy success as they beat Renaissance Berkane of Morocco 2-0 to win the African Super Cup on Friday.

It was a record-extending seventh Super Cup success for Ahly, whose nine titles in the African Champions League make them the continent’s most successful team.

* Italy began their Euro 2020 preparations in simple style on Friday (May 28) as a second-string team hammered minnows San Marino 7-0.

* Ivan Juric has left his role as Hellas Verona coach, the club announced on Friday, and is expected to take charge of fellow Serie A side Torino. Juric guided Verona to 10th in the standings this season, with Italian media reporting the Croatian has an agreement in place to become the new Torino manager.

* Barcelona will not apologise for their role in creating the failed European Super League and will appeal against any punishment from UEFA, president Joan Laporta said on Friday. Earlier, UEFA opened disciplinary proceedings against Barca, Real and Juve on Tuesday, prompting the three clubs to issue joint statements saying they would not bow down to pressure from the governing body.

* Liverpool have reached an agreement to sign centre back Ibrahima Konate from German side RB Leipzig, the Premier League club said on Friday. Frenchman Konate, 22, will join the Anfield club on July 1 once his work permit application is approved and medicals are completed.

* Everton’s James Rodriguez has been cut from the Colombia squad due to injury and will miss the Copa America and two World Cup qualifiers in June, the Colombian Football Federation said on Friday.

* Julien Stephan has been appointed Racing Strasbourg coach after Thierry Laurey's contract was not renewed, the Ligue 1 club said on Friday. Stephan, who led Stade Rennais to the French Cup title in 2019 before stepping down in March, has signed a three-year-contract.

* Simon Yates of Team BikeExchange won stage 19 of the Giro d'Italia on Friday, reducing the gap in the general classification to leader Egan Bernal, who finished third in the penultimate mountain stage to protect his overall advantage.

* Brazilian referee Edina Alves has made history by becoming the first woman to officiate a match in the Copa Libertadores, South America's top club competition. The group match between Argentine side Defensa y Justicia and Independiente del Valle of Ecuador on Thursday had an all-woman refereeing team.

* Austrian defender David Alaba will join Real Madrid on a five-year contract after leaving Bayern Munich, the Spanish giants confirmed on Friday (May 28). The announcement of the signing of the 28-year-old, who had also been linked with several English Premier League clubs, comes a day after Zinedine Zidane quit as Real coach.

* Double Olympic 800 metres champion Caster Semenya failed in her latest bid to qualify for this year's Tokyo Games, finishing well outside the qualifying mark for the 5,000m at the Olympics.

* Major League Soccer handed David Beckham's Inter Miami a league-record US$2 million fine on Friday for violating roster and salary rules in its signing of French international Blaise Matuidi. Managing owner Jorge Mas was also fined US$250,000 and the club's former chief operating officer and sporting director Paul McDonough has been suspended through the end of the 2022 MLS season, the league said in a statement.