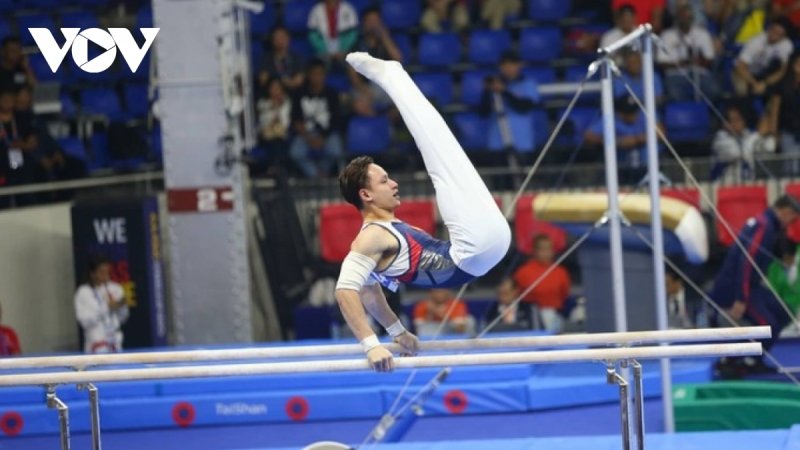 Gymnast Dinh Phuong qualifies for the upcoming 2021 Tokyo Olympics competitions thanks to his excellent performances in the previous international tournaments.

The cancellation means Phuong Thanh is one of the two athletes to receive the wild card to compete in the men’s vault event in Tokyo. this year thanks to his excellent performances in the previous international tournaments.

One of the leading gymnasts in the region, Thanh claimed gold medals in two events during the 30th SEA Games. In total, the 25-year-old has won six golds and two silvers in individual events over the past three SEA Games. Most notably, he made history as the first Vietnamese athlete to win a title in the men’s all-round event at the 2015 Games.

The Hanoi native considers himself to be strongest in the parallel bars after winning a bronze medal at the Asian Games in 2014, although he has had no regional rivals at the SEA Games since 2015. He also won a gold medal during the World Challenge Cup ART held in Slovenia in 2018.

At present, Vietnam has earned six places at the upcoming Olympics, including Phuong Thanh and Thanh Tung in gymnastics, Huy Hoang in swimming, Nguyen Van Duong in boxing, and pair Phi Vu and Anh Nguyet in archery.

Vietnam will have the chance to earn an additional spot after Hoang Thi Duyen clinched a bronze at the 2021 Asian Weightlifting Championships held recently in Uzbekistan.