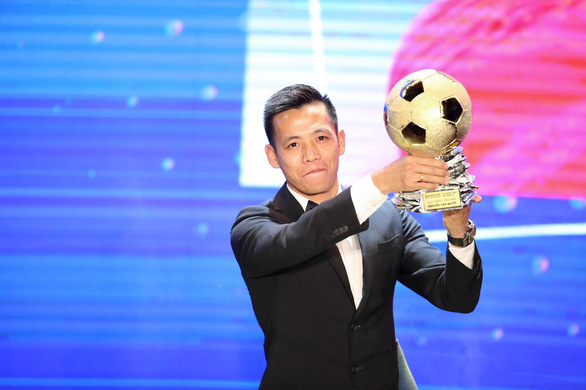 Quyet won the first Golden Ball Award of his career for his major contribution to Hanoi FC’s achievements in their second-place finish at the 2020 top-tier V.League 1, and winning at the year’s National Cup as well as the recent .

Bruno Cantanhede, who was among the key players of Viettel FC, was named the best foreign player.

The Vietnam Golden Ball has been given annually by the Sai Gon Giai Phong (Liberated Saigon) daily since 1995 to recognize the efforts of players who have contributed to the popular sport in the Southeast Asian country.

Today, 02:56
Present in every corner of Hanoi, but where is the “true love” bun cha restaurant?

Today, 02:54
2 cafes with unique and strange spaces in District 2: There are even oases and swimming pools like a resort

Today, 02:53
Sisters invited each other to show off the vase of wild sunflowers, simple but strangely beautiful