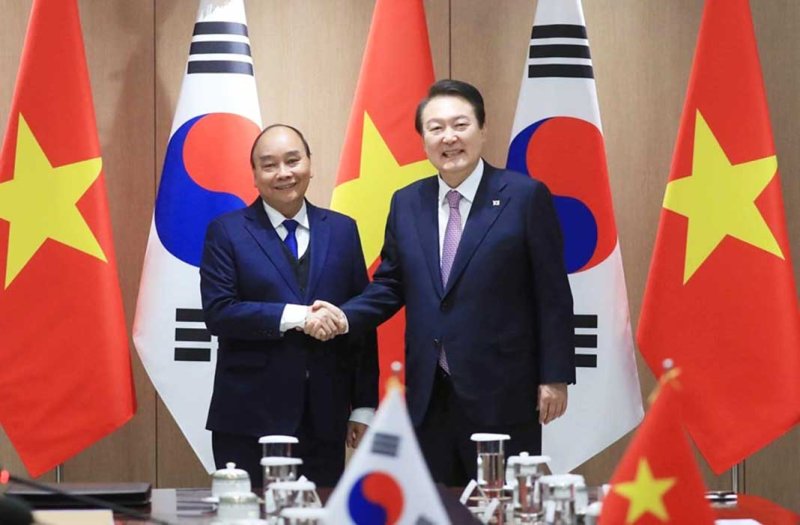 HCMC – Vietnam and South Korea have upgraded their relations to a comprehensive strategic partnership, paving the way for stronger cooperation between the two countries in the years to come.

Vietnam’s President Nguyen Xuan Phuc, who is in South Korea for a three-day state visit scheduled to wrap up today, and his South Korean counterpart Yoon Suk Yeol issued a joint statement on the comprehensive strategic partnership, reported the Vietnam News Agency.

Yesterday, President of South Korea Yoon Suk Yeol hosted an official welcome ceremony for his Vietnamese counterpart Nguyen Xuan Phuc in the capital city of Seoul. The ceremony was held at the country’s highest level for a head of state.

The two leaders agreed the two countries should boost comprehensive cooperation in areas such as trade, investment and technology transfer, and aim for two-way trade of US$100 billion next year and US$150 billion by 2030.

After their talks, the leaders witnessed the signing of many cooperation documents between the ministries, localities and businesses of the two sides.