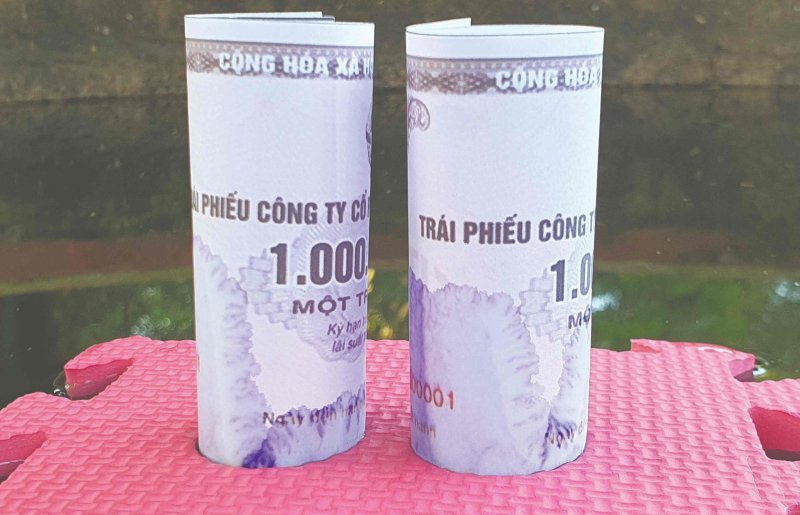 A fortnight ago, representatives of some foreign investment funds joined a meeting with the Ministry of Finance to present their concerns about the issue of corporate bonds.

A representative recalls how he departed the meeting with an unnamable feeling, as if he had not attended the meeting, as if the viewpoints had not been raised.

He remembers the ministry suggesting three options to address the thorny issue related to corporate bonds.

First, bond issuers need to negotiate with bondholders over extending the bond maturity. In order for holders to accept a longer term, the bond coupon must be raised, at least on a par with the market rate, as bonds carry a higher risk than bank deposits. “If the bond coupon is high enough to match the risk, it may win over certain bondholders,” he says.

Second, it was suggested banks make loans to enhance bond liquidity. It seemed this suggestion met a lukewarm response, says the fund representative, adding he has talked to some banks over this solution, and the lenders said they had exhausted the credit growth limit. Even if they can boost lending, credits will be prioritized for manufacturers and exporters with a positive cash flow. Corporate bonds are where capital is frozen, and banks cannot refinance bond issuers over such transactions.

Third, says the man, the ministry affirmed to the foreign funds that authorities would not criminalize issues related to the stock market, in an apparent move to douse ungrounded rumors regarding such worries on the market.

There is some VND800 trillion worth of corporate bonds that will fall due this year and next, according to the HCMC Real Estate Association, which is a key factor sapping the confidence on the stock market and likely crippling even financially-strong issuers in a domino effect.

In fact, both mainstream media and social networks have since late last year repeatedly raised alarms over the dwindling capital resources required to settle bonds upon maturity. The situation is likened to an underground river winding its way across large swathes. Competent State agencies above all else are aware of the size of that underground river, and instead of looking for preventive solutions, they have simply locked up the corporate bond issue and blocked its spreading by amending a decree restricting bond issues via private placement. It is necessary to amend the legal framework, but the greater urgency over bond liquidity has not been addressed. Corporate bonds are locked up, and as the underground river is blocked without more areas to hold it, the water bursts out.

Now, bond issuers, especially those in the real estate industry, are drowning. They are seeking to transfer assets, liquidating all at their disposal, from near-completion projects to half-done ones, including villas, lands, apartments and landed houses whose legality has not been accomplished, only for funds to settle due bonds. However, property buyers – investors and genuine homebuyers alike – are still hesitant. And there are good reasons behind their hesitation: either the lack of ownership certificates for such properties, or the property prices remaining high for most homebuyers.

Some argue that the market forces cannot make adjustment, and State intervention is needed. Many real estate companies have proposed that the State pump more money, increasing money supply by 1-2% to quench the capital thirst, and loosen the capital growth cap. The answer is not that simple. The fight against inflation has been waged worldwide, with interest rates being hiked in nearly 100 economies. The core mandates of the State Bank of Vietnam (SBV) are to harness inflation and keep the currency stable, which keep the SBV from boosting money supply. Inflation and currency stabilization have profound impacts on all the people, and the SBV has to put the people ahead of businesses.

The market is driven by its own forces. No commodities would go up forever or vice versa, and properties are commodities. When supply surges and demand ebbs, prices will move down to the equilibrium point. An apartment priced at VND8-10 billion can hardly find buyers, but if its price tumbles to VND3-4 billion money will flow out from the people. Money from the people is always available.

In 2012 when the real estate market was frozen with minimum liquidity, one of the biggest property companies at the time decided to slash prices of all apartments in its completed projects by almost a half, and all sold out in a few months’ time. The company used all proceeds to service debts, and started business again, while thousands of people could afford such apartments at stop-loss prices.

The corporate bond segment has neared the brink of collapse with several issuers unable to pay holders upon maturity. The ripple effect from the collapse will spread further until property prices fall to levels acceptable to homebuyers. What the State should do is not to inject money and come to bond issuers’ rescue. It needs to improve the legal corridor to help with the legality of projects so that homebuyers can feel assured to acquire properties when prices are deemed suitable.

Property prices in Vietnam are among the highest in the world, even when compared to properties in advanced countries. The liquidity crunch regarding corporate bonds this time provides a good cure for the market, helping pull down property prices. It also serves as a warning to property developers when it comes to financial arrangement. That is the way the ball bounces — easy come, easy go.

From that perspective, the collapse of the corporate bond market should be viewed as healthy.