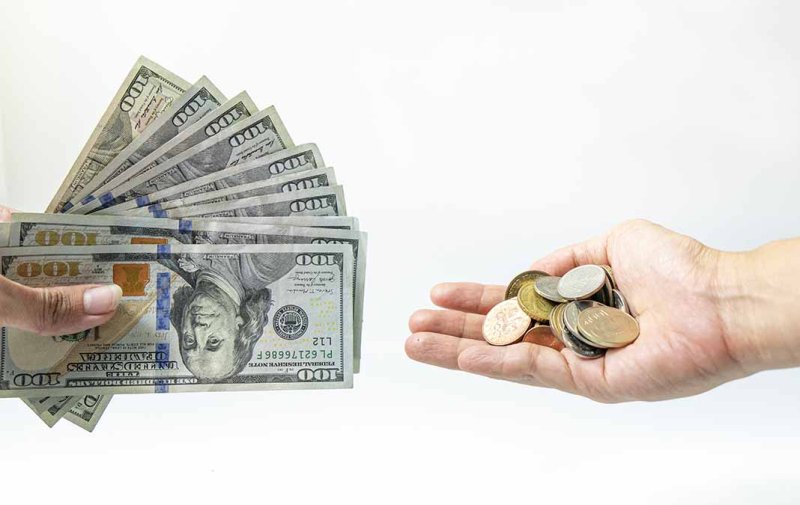 The State Bank of Vietnam (SBV) on October 17, 2022 widened the trading band of the Vietnamese dong currency from 3% to 5% on either side of the central exchange rate, with immediate effect, amidst interest rate hikes by central banks around the world

This situation would either fire up informal-market forex trade when commercial banks could not raise the dollar buying/selling prices to the market levels, or prompt banks to dodge the law to trade foreign currency at a rate higher than the ceiling which would render the trading band senseless.

The central forex rate is established by the SBV by valuating the Vietnamese currency against a basket of currencies, but it is not quite market-driven as subjective factors are taken into account, including “macroeconomic and monetary balances suitable to the monetary policy goal (of the SBV).”

To improve objectivity and market compatibility for the forex rate, the SBV applies the trading band. As a foreign currency can be traded freely within the trading band, the commercial forex rate at banks is closer to the market rate than the SBV’s central exchange rate. As the forex amplitude is wider, the differential between the formal and informal-market forex rates is narrower, more so during times of tight supply.

As the forex rate is strongly influenced by a Fed rate hike, and given the limited effect of intervention in selling dollars and raising the local-currency interest rate to offset this increase, the SBV had no other choice but to loosen its grip.

Bound by the mandate to stabilize the macro economy, the SBV could not change the central exchange rate steeply, as it could be interpreted by the market as a devaluation of the local currency, which is a taboo to many.

Widening the trading band will allow banks to raise the forex rate significantly in the coming months without violating the central exchange rate mechanism set by the central bank.

On one hand, the SBV will no longer be preocupied with calculating daily market changes to set a suitable reference forex rate that does not corner commercial banks in money dealing nor prompt them to dodge the law, while it will not on the other hand shock or panic the market upon a sharp change in the forex rate, say 1%.

Furthermore, the SBV will not find itself in a dilemma when being forced to sell dollars for intervention once the dollar skirts the upper limit, simply because the SBV can offer dollars at a higher rate given the wider band, without causing any concerns among banks. As the dollar is offered at a higher price, commercial banks may think twice when buying the greenback from the central bank, which will slow down the depletion of the foreign reserves that have been fast dwindling in recent months.