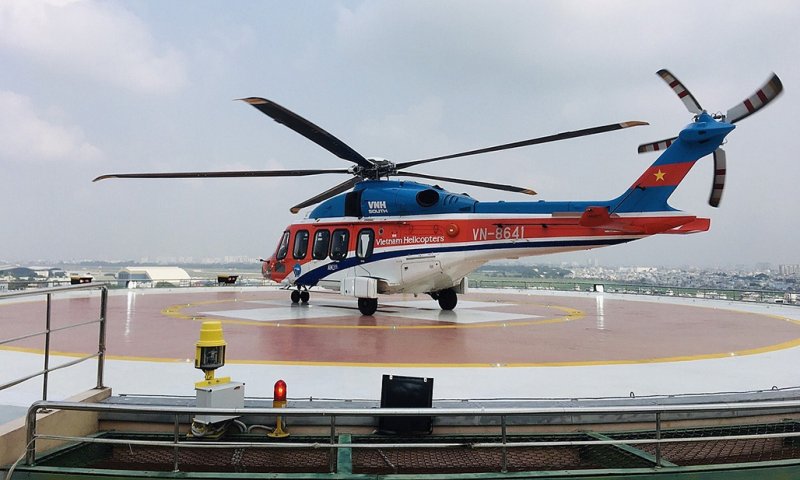 HCMC – The HCMC Department of Tourism announced temporarily suspending the 40-minute city helicopter tour due to a lack of heliports.

According to travel firms, tour operators have had difficulty landing copters at the planned locations, namely the 175 Military Hospital and the Tan Son Nhat International Airport in HCMC.

The tour stakeholders are looking for a new heliport, likely to be located in District 7, to serve the previous 200 customers’ bookings.

Launched in late April, the city helicopter tour has executed five trips with more than 50 passengers.

The initiative was developed in collaboration with the HCMC Department of Tourism, the 175 Military Hospital, the Southern Vietnam Helicopter Company (VNH South) and travel agencies.

The AW-189 and EC-155B1 helicopters carried visitors over the city’s sights, including the Phu My and Thu Thiem bridges, Landmark 81 and the Binh Quoi Tourist Area, among others.

Each trip costs roughly VND4.08 million per person, with a capacity of 12 to 16 people.

According to the HCMC Department of Tourism, the authorities will consider extending trip options to meet customer demands.

Other destinations in HCMC and neighboring provinces may be added to the chopper trips, namely the Can Gio Biosphere Reserve in Can Gio District and Dong Thap Muoi in the Mekong Delta.