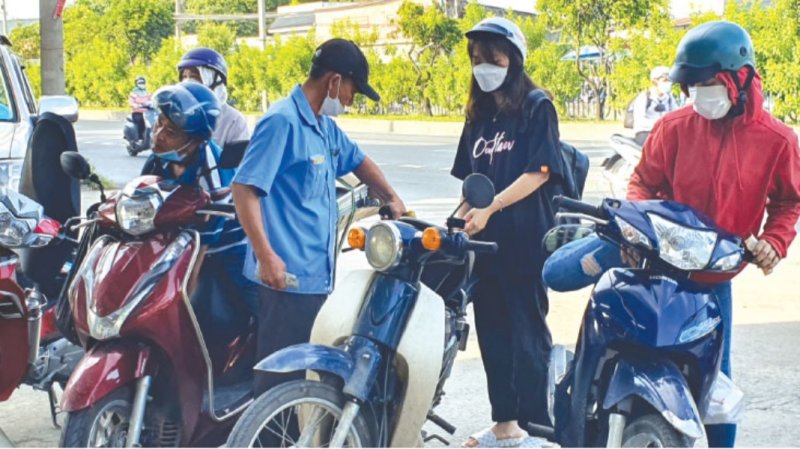 HCMC – Prime Minister Pham Minh Chinh told the Ministry of Industry and Trade to make stronger efforts to stabilize the fuel market and ensure the operation of fuel retailers and gas stations, according to a document issued by the Government Office on October 19.

The document stated that many gas stations and fuel retailers had temporarily shut down in some provinces and municipalities, such as HCMC, Can Tho, An Giang, Binh Phuoc and Dak Lak, affecting daily life and production.

To deal with this situation, Prime Minister Pham Minh Chinh assigned Nguyen Hong Dien, Minister of Industry and Trade, to further manage the fuel retailers and prevent chaos in the fuel market.

On October 18, the trade ministry wrote to the Ministry of Finance and the State Bank of Vietnam requesting them to review and adjust the cost of fuel imports and profit margins for wholesalers and retailers and encourage businesses to import fuel and ensure domestic supply.

Additionally, the State Bank of Vietnam was requested to draw up support policies, increase the credit limit and create favorable conditions for fuel companies to borrow loans at low-interest rates.

On the other hand, the State Bank of Vietnam will speed up administrative procedures for fuel businesses to borrow capital and foreign currency to quickly buy and import fuel and ensure domestic supply.

Previously, HCMC reported 137 gas stations had temporarily shut down and suspended selling gasoline in the first week of October. A series of gas stations in the southern region were also forced to shut down due to a severe supply shortage and financial problems.

Although the gasoline supply in HCMC and the southern provinces has been more stable, some gas stations have been facing difficulties and temporarily stopped selling gasoline.