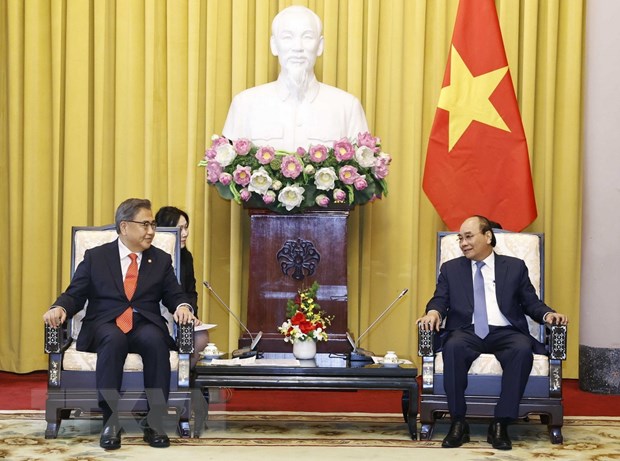 HCMC – State President Nguyen Xuan Phuc suggested Vietnam and South Korea strive to raise two-way trade to US$100 billion by 2023 and US$150 billion by 2030.

The President congratulated South Korea on achieving its robust socioeconomic growth and becoming the fourth-largest economy in Asia and the 10th in the world.

The Vietnamese leader suggested the two countries make the most of the Vietnam-South Korea free trade agreement and the Regional Comprehensive Economic Partnership to realize the goal of bilateral trade turnover, which already hit US$80.6 billion last year.

Phuc affirmed that Vietnam will always remain a safe and stable destination for investors. The Southeast Asian nation will create optimal conditions for South Korean businesses to make long-term and sustainable investments.

In addition, he hoped that South Korea would continue to offer more official development assistance to Vietnam on a larger scale and promote cultural exchanges between the peoples of the two countries.

Foreign Minister Park Jin said the bilateral trade between the two countries is on the rise despite the impact of the pandemic. He said a large number of South Korean firms are doing business in Vietnam, adding that South Korea has always considered Vietnam its key partner in ODA.