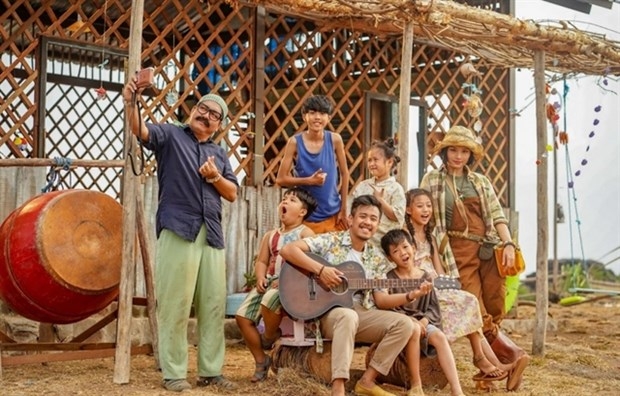 A scene from 'Anh Thay Ngoi Sao' (My Teacher) by director Nguyen Duc Thinh. (Photo courtesy of the producer)

A series of Vietnamese films will be screened at Vietnamese Film Week nationwide as part of celebrating the 77th August Revolution (August 19) and National Day (September 2) holidays.

The event, which began yesterday and will run until September 5, presents feature films, documentaries and animated films by talented directors from different periods.

According to the event’s organser, the Ministry of Culture, Sports and Tourism, the film screening is being jointly held by the Cinema Department, film studios and cinema centres nationwide.

Television stations have announced they will air a series of revolutionary films during the film week.

Today, 09:30
Dalat travel experience in October welcomes the most romantic and poetic season of the year