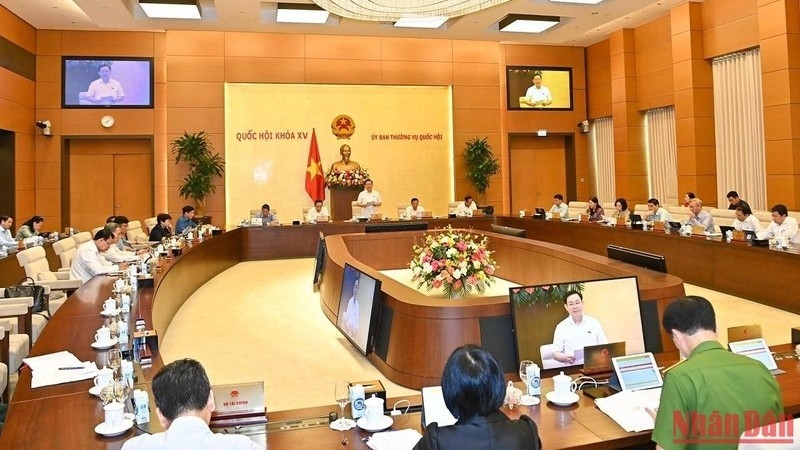 NDO/VNA - The National Assembly (NA) Standing Committee opened a four-day law-making session in Hanoi on August 15, with 11 draft laws, ordinances and resolutions to be tabled for discussion.

They were scrutinised at the third sitting of the legislature which took place last May and June, and are expected to be adopted in the next meeting, slated for October, said NA Chairman Vuong Dinh Hue in his opening remarks.

All of the five bills gained high consensus of legislators at the previous meetings of the NA Standing Committee as well as the third sitting of the legislature, he said, asking the participants to look into the remaining contentious contents to perfect the documents.

The full-time legislators will also give opine over the other draft laws to be submitted to the NA for the first time during the fourth meeting, namely the Law on Protection of Consumer Rights (amended), the Law on Civil Defence and the Law on Anti-Money Laundering (revised).

The ordinance on the handling of administrative violations obstructing procedural activities, along with a resolution guiding supervision activities of People’s Councils and another on regulations for NA sessions (revised) will also be deliberated.

Stressing the huge workload ahead, NA Chairman Hue urged the lawmakers to contribute comprehensive opinions to the documents.