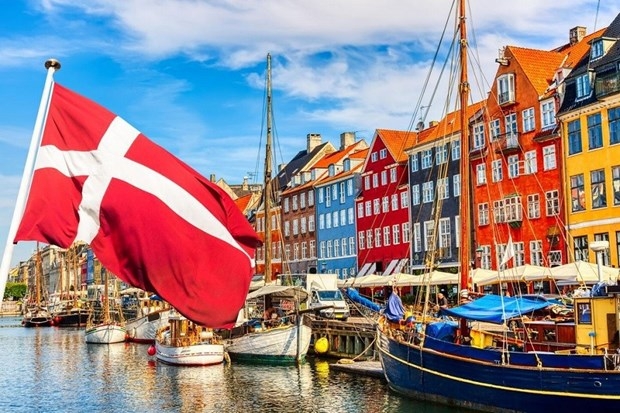 Denmark is one of Vietnam's potential trade partners in the European region. (Photo: Getty)

NDO/VNA - The Vietnamese Embassy in Denmark, in collaboration with the Vietnam Trade Office in Sweden, Finland, Denmark, Norway, Iceland and Latvia, published a book on the Danish market with the aim to support Vietnamese companies in taking advantage of opportunities brought by the EU-Vietnam Free Trade Agreement (EVFTA) to boost their exports to the country.

Trade experts said that the EVFTA, which officially took effect from August 2021, has been bringing positive impacts to Vietnam and Denmark and contributed to promoting Vietnam-Denmark trade relations and further expanding markets for Vietnamese exports.

According to the trade office, Denmark is a developed industrial country, with a modern economy and high living standards. Import-export accounts for nearly 60% of the total gross domestic product (GDP) of the European country.

In particular, Denmark is not only the only Nordic country that has established a comprehensive partnership with Vietnam, but also one of Vietnam's potential trade partners in the European region.

Over the recent years, Denmark has implemented trade liberalisation and market opening policies to create favourable conditions for enterprises to export to this market, the office added.