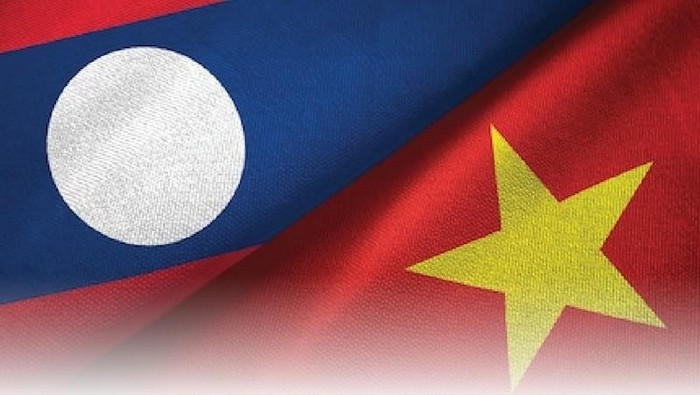 This is an important event and a key activity in the Vietnam-Laos Solidarity and Friendship Year 2022, marking a bright milestone on the development path of great friendship, special solidarity and comprehensive cooperation between the two countries.

Vietnam and Laos are two neighbouring countries which share the Mekong water and lean against the majestic Truong Son Mountain range. The geographical proximity and similarities in culture and history have helped bring the two nations to a long-standing attachment. The great friendship, special solidarity and comprehensive cooperation between Vietnam and Laos were built and nurtured by President Ho Chi Minh, President Kaysone Phomvihane and President Souphanouvong and then have been consolidated and developed by generations of leaders and peoples, becoming a valuable asset of the two nations.

Vietnam and Laos officially established diplomatic relations on September 5, 1962. This is an important historical event, affirming the closeness of the two neighbouring countries which have always united and helped each other. During the struggle for independence and freedom, the resistance war against invaders and the cause of national construction and defence, the Vietnamese and Lao peoples have always stood side by side. The sweat and blood of Vietnamese volunteer soldiers and people mixed with the sweat and blood of Lao soldiers and people will forever be a noble and pure symbol of the special solidarity and war alliance between Vietnam and Laos. This closeness is rare in the history of relations among nations around the world.

On July 18, 1977, the Treaty of Friendship and Cooperation was officially signed by the Socialist Republic of Vietnam and the Lao People's Democratic Republic, based on a deep awareness of the special friendship and unshakeable solidarity between the two countries and the comradeship between the Communist Party of Vietnam and the Lao People's Revolutionary Party, which have shared difficulties, and fought and defeated invaders together. This document has a long-term strategic nature as creating an important political and legal basis to strengthen the special solidarity between the two countries in the new period.

Over the past historical stages, the Vietnam – Laos great friendship, special solidarity and comprehensive cooperation have been cultivated continuously and developed sustainably. Under the leadership of the two Parties and States, the agencies, departments, political organisations, localities and enterprises from the two countries have always actively coordinated and effectively implemented cooperation agreements and programmes and achieved practical results, contributing to maintaining political stability, socio-economic development and ensuring national defence and security in each country. Thereby, the great friendship, special solidarity and comprehensive cooperation between Vietnam and Laos have been consolidated and enhanced, towards raising the position and prestige of the two Parties and countries in the international arena and making contributions to peace, stability and cooperation throughout the region and the world.

Political relations have been increasingly deepened, playing a pivotal role and the overall orientation of the two countries' relations. The two sides have always affirmed that the great friendship and special solidarity are exemplary, loyal, transparent and rare and have become a rule for development and a decisive factor for the victory of each country's revolution. This is also the common property of the two Parties and two peoples, which should be preserved, nurtured and passed on to future generations. Cooperation in defence and security remains an important pillar. The cooperation in economy, culture, education, health and science and technology has made positive changes. The agencies, departments and localities of the two countries have maintained and enhanced exchanges, cooperation and mutual assistance.

The people of Vietnam and Laos are proud of the important victories on the glorious revolutionary path of the two countries. As a close friend, comrade and brother, Vietnam is pleased with the comprehensive achievements that the Lao Party, State and people have won in the revolutionary cause and socio-economic construction and development, national defence and security, improvement of people’s lives and enhancement of the country's position in the international arena.

Excitedly welcoming the commemorative activities during the Vietnam – Laos Friendship Year, Vietnamese and Lao people keep in mind the deep attachment and together cultivate great friendship, special solidarity and comprehensive cooperation towards being forever green and sustainable.