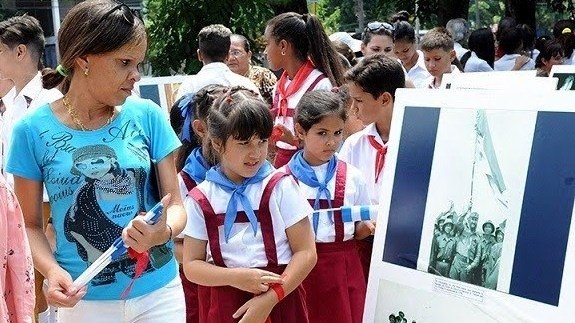 NDO/VNA - The Cuban Institute of Friendship with the Peoples (ICAP) on July 15 held a ceremony to celebrate the 46th founding anniversary of Cuba's friendship associations with Vietnam, Laos and Cambodia.

The event aims to review the history of the solidarity movements of the Cuban people for the revolutionary causes of the peoples in the three Indochina countries, contributing to educating the future generations of each country about the good traditional relationship and underlining their responsibility in preserving and promoting the solidarity and friendship.

Vietnamese Ambassador to Cuba Le Thanh Tung affirmed the country always stands with the Cuban people, expressing his belief that the two nations will develop together and write new pages for their solidarity, brotherhood and comprehensive cooperation and absolute trust.

Ambassadors of Laos and Cambodia also highlighted the friendship and bilateral relations in the social, cultural and economic fields between their countries and Cuba.

Vice President of ICAP Victor Gaute expressed his hope that future generations of each country will be responsible for preserving, consolidating and developing the strong solidarity among the countries.

Cuba was the first country in the world establishing solidarity with Vietnam, and the flagship of the solidarity movement with Vietnam in Latin America.

Late Cuban leader Fidel Castro took the initiative to establish a solidarity organisation to unconditionally support the political cause of the Vietnamese people in particular, and the peoples of the three Indochina countries in general.