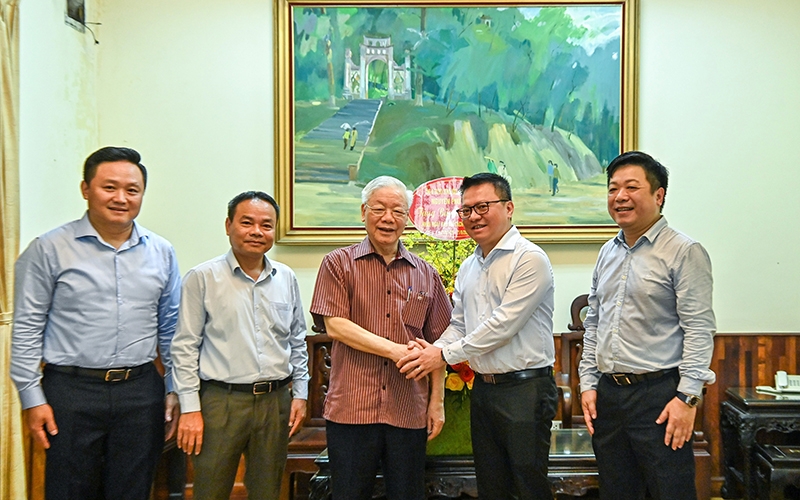 Speaking at the meeting, Party General Secretary Nguyen Phu Trong praised Nhan Dan Newspaper for adopting many innovations in its operation in recent years, successfully fulfilling its assigned functions and tasks, and contributing to popularising Party’s guidelines, and State’s policies and laws to the people.

He hailed that the newspaper has promoted the communication on Party building and rectification, the fight against corruption and wrongful allegations by hostile forces, thus actively protecting the ideological foundation of the Party. 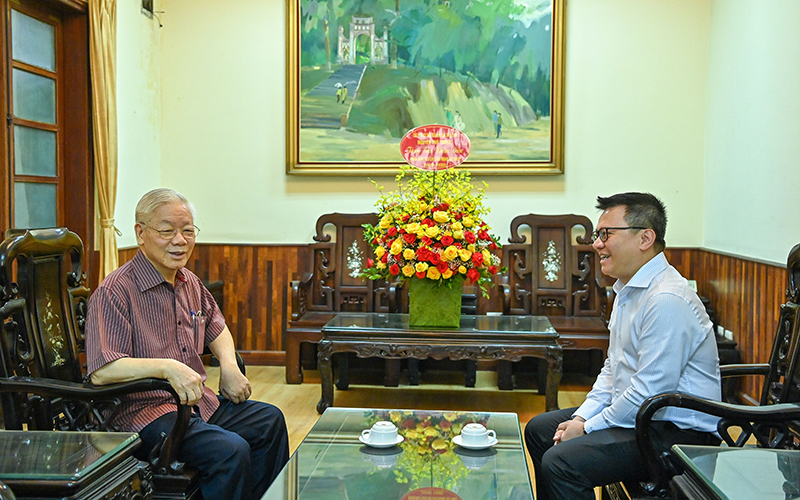 For his part, member of the Party Central Committee (PCC) and Editor-in-Chief of Nhan Dan (People) Newspaper Le Quoc Minh conveyed his thanks for the Party chief for his great care and sentiments toward the newspaper.

Minh, who is also Deputy Head of the PCC Commission for Communication and Education, and Chairman of the Vietnam Journalists’ Association, pledged that journalist Nhan Dan newspaper will continue working harder to follow the Party chief’s directions.