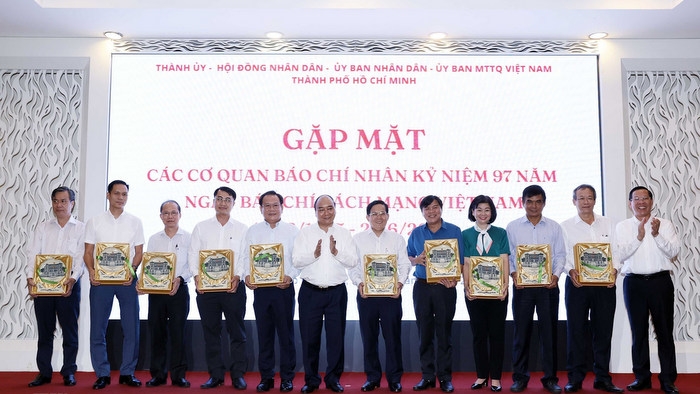 Speaking at a meeting with representatives of press agencies in Ho Chi Minh City on the occasion of the 97th Vietnam Revolutionary Press Day (June 21), the President praised the performance of the journalists on the frontline of the COVID-19 fight nearly one year ago, as well as during socio-economic recovery post pandemic in Ho Chi Minh City.

He urged journalists to play a more active role in the combat against corruption and other negative phenomena, while improving their morality and working style.

As head of the steering committee for developing a strategy for building and perfecting a rule-of-law socialist State till 2030 with orientations to 2045, Phuc suggested press agencies establish special websites on the project.

Local journalists should take the pioneering role in promoting the land and people of Ho Chi Minh City, and encouraging local residents to fulfill political and social tasks, contributing to building a civilised and modern city, he said.