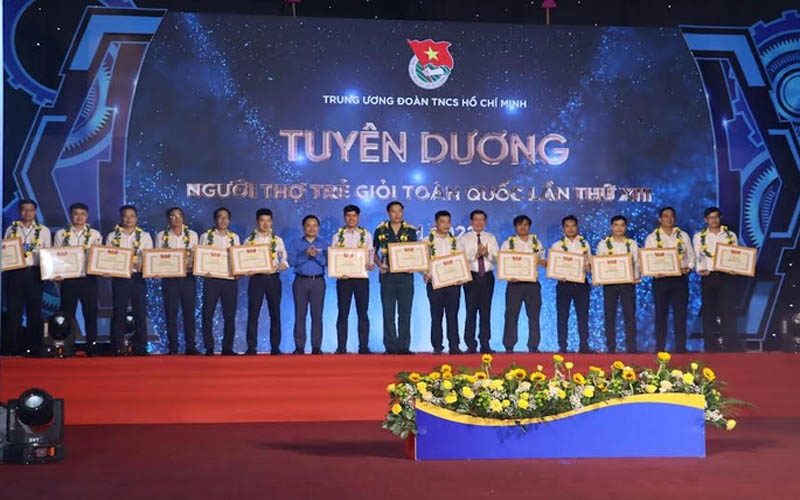 At the awards ceremony

NDO – Forty-one outstanding young skilful workers from across the country were honoured at an awards ceremony held in Bien Hoa city, in the southern province of Dong Nai on May 15.

The event, organised by the Ho Chi Minh Communist Youth Union Central Committee, sought to praise exemplary young workers of enterprises in various economic sectors and students of vocational training institutions for their outstanding achievements in production and study as well as for winning high-level prizes in vocational skills competitions both at home and abroad.

Speaking at the ceremony, Secretary of the Ho Chi Minh Communist Youth Union Central Committee Ngo Van Cuong spoke highly of the efforts made by the 41 outstanding workers, adding that skilful workers should be honoured and encouraged to make more contributions to national construction.

He also emphasised that the Ho Chi Minh City Communist Youth Union and relevant agencies would continue to pay greater attention to guiding young students to undertake the right studies according to their abilities.