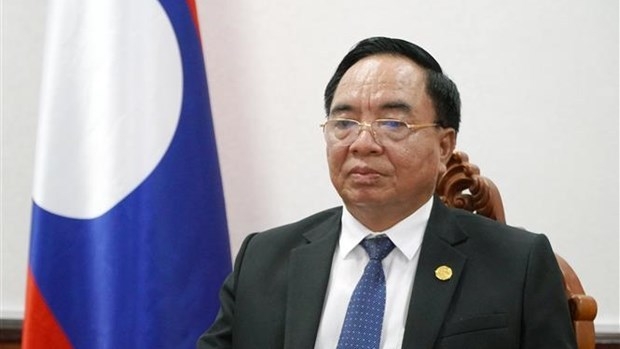 In an interview granted to the media of both countries, Minister Khamjane stated that 2022 is a year of great historical significance when the Lao Party, army and people are coordinating with the Vietnamese sides in carrying out many practical activities to celebrate the Laos-Vietnam Friendship and Solidarity Year marking 60 years of the establishment of diplomatic relations and 45 years of the signing of the Treaty on Amity and Cooperation between the two countries.

In 2021, despite complicated developments of the regional and world situations, the bilateral great friendship, special solidarity and comprehensive cooperation were enhanced.

This year, the two sides continue to strengthen and improve the effectiveness of cooperation mechanisms; implement joint statements, bilateral cooperation agreements and documents as well as the outcomes of visits and meetings between their leaders in appropriate forms; coordinate and effectively organise activities on the occasion of the Friendship and Solidarity Year 2022; and pay attention to preventing drug, human trafficking and smuggling crimes and illegal exploitation of natural resources, he said.

Regarding economic cooperation, the minister stated that Vietnam has to date invested in 417 projects worth 4.3 billion USD, ranking third out of 54 nations and territories pouring capital in Laos.

Last year, two-way trade hit 1.37 billion USD, up 33.3 percent year-on-year. They are striving to increase the turnover to 10-15 percent this year.