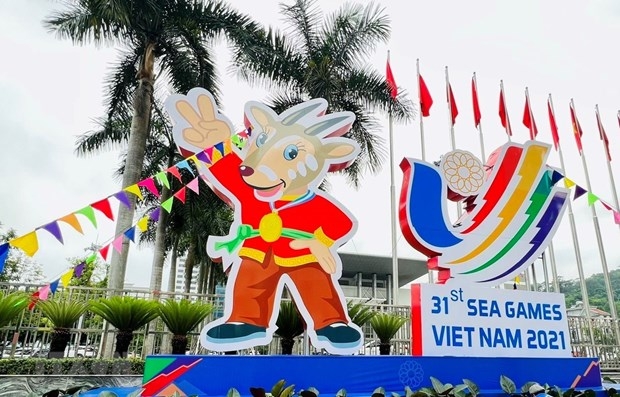 NDO/VNA – The Southeast Asian Games Federation (SEAGF) Council Meeting took place in the morning of May 12 on the sidelines of the ongoing SEA Games 31, approving a number of reports and plans.

Participants expressed their opinions on enhancing the role of women in sports, and doping inspection timeline, among others. The representative of the SEA Games 32 Organising Committee in Cambodia also reported the progress of its related preparations, regarding the timeline and venues, the opening and closing ceremonies, competitions and sidelines conferences.

After the discussion, Deputy Director of the Vietnam Sports Administration Tran Duc Phan noted the meeting approved a report by the SEAGF’s office and a number of plans for the preparation of upcoming SEA Games editions, among others.

Despite COVID-19-induced difficulties, Vietnam has spared no effort for SEA Games 31 to run as scheduled, he said.

The official also stressed that Vietnam is determined to organise the event as well as possible and welcomes assistance from regional countries.

In his remarks at the event, Minister of Culture, Sports and Tourism Nguyen Van Hung stressed that all the 11 Southeast Asian countries have their athletes registered to compete at the ongoing Games, showing their solidarity and efforts to overcome difficulties.