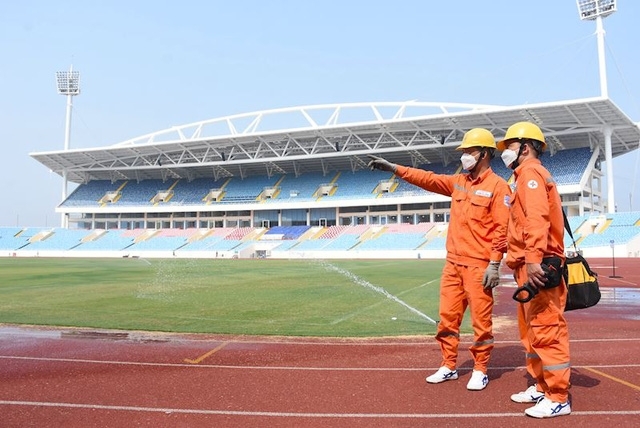 NDO/VNA – The Northern Power Corporation (EVNNPC) has pledged to provide sufficient power for 60 training and competition venues and hotels designated for the upcoming 31st Southeast Asian Games (SEA Games 31) across the 11 hosting provinces in northern Vietnam.

Power workers will be available around the clock, together with fuel and vehicles needed for prompt response of any emergency. Electricity generators will be set up at a selection of venues while the corporation plans no power cuts from May 5 to 23.

The corporation has not only increased inspection to detect problems of the grid but also cooperated with local authorities, public security and military forces to strengthen security and safety of power projects and prevent fire.

Checking SEA Games competition venues in Quang Ninh, Deputy Minister of Trade and Industry Dang Hoang An has demanded safe and stable supply of electricity during the regional sport event.

The Games will officially take place in Vietnam from May 12 – 23, with competitions held in Hanoi and the 11 northern provinces.