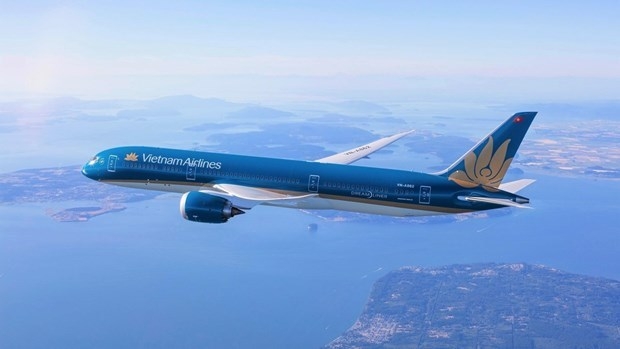 NDO/VNA - National flag carrier Vietnam Airlines will operate a third flight from Romania to Hanoi to bring back Vietnamese who fled from conflicts in Ukraine, per request of the Consular Department of the Ministry of Foreign Affairs (MoFA) on increasing such flights, Deputy Director of the Civil Aviation of Vietnam (CAAV) Dinh Viet Son said on March 6.

The flight is to depart from Hanoi’s Noi Bai airport on March 10 to Bucharest, and return a day later.

On March 5, in an urgent dispatch, the department said that in accordance with an agreement reached by the MoFA and the Ministry of Transport, there will be two flights bringing those citizens home from Romania on March 7 by Vietnam Airlines, and Poland two days later by Bamboo Airways.

It also noted that about 600 Vietnamese and their family members had evacuated to Romania on March 5, most of them wishing to return to Vietnam.

The Embassy of Vietnam in Romania requested relevant agencies to arrange one more flight to avoid long estrangement for the displaced.

The CAAV said the repatriation plan now is that the citizens in Ukraine will go by road to neighbouring countries, with those in Kyiv moving to Poland, in Kharkiv to Russia, and in Odessa to Moldova or Romania, and then flights will be arranged to bring them from these countries back home.

As it is unable to operate flights to Ukraine, which is currently a war zone, airlines have planned flights to destinations in nearby countries such as Poland, Romania, Hungary, Slovakia, Russia, and Belarus.

Apart from these destinations, Vietnamese carriers are also ready to fly to any other places under the Government’s plan in the principle of ensuring safety and the best possible conditions for Vietnamese people and their families in Ukraine to return to the homeland, according to the CAAV.