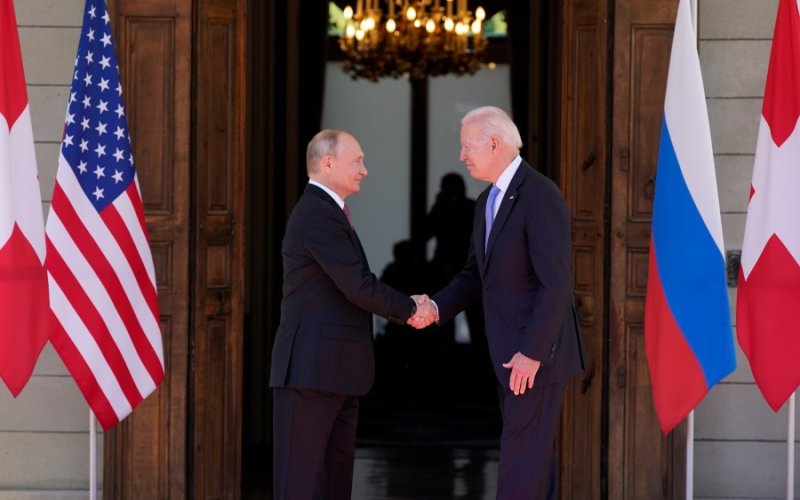 Biden agrees in principle to Ukraine summit with Putin, the U.S. and French leaders said, offering a possible path out of one of the most dangerous European crises in decades.

The office of French President Emmanuel Macron said in a statement on Monday he had pitched both leaders on a summit over “security and strategic stability in Europe.” The White House said in a statement that Biden had accepted the meeting “in principle” but only “if an invasion hasn’t happened.”

“We are always ready for diplomacy,” White House Press Secretary Jen Psaki said. “We are also ready to impose swift and severe consequences should Russia instead choose war.”

Messages seeking comment from the Kremlin and from the office of Ukrainian President Volodymyr Zelenskiy were not immediately returned early Monday.

Many details about the proposed summit – which was announced after a volley of phone calls between Macron, Biden, Putin, Zelenskiy, and British Prime Minister Boris Johnson – are unclear.

Macron’s office and the White House said the substance of the summit would be worked out by U.S. Secretary of State Antony Blinken and Russian Foreign Minister Sergei Lavrov during their upcoming meeting planned for Feb. 24. What role Ukraine would play in the summit, if any, was also uncertain.

A Biden administration official said in an email the summit was “completely notional” as the timing and format were yet to be determined.

Michael McFaul, a former U.S. ambassador to Russia, said he was skeptical the summit would happen.

“But if Biden and Putin did meet, they should invite (Zelenskiy) to join,” he said in a message posted to Twitter.

News of Macron’s proposal comes after a week of heightened tensions spurred by Russia’s military buildup on Ukraine’s borders. Russian forces have been amassing around its neighbor since late last year, something Western countries say is a prelude to an invasion that could come at any moment.

Travel schedules have been scrambled amid the anxiety.