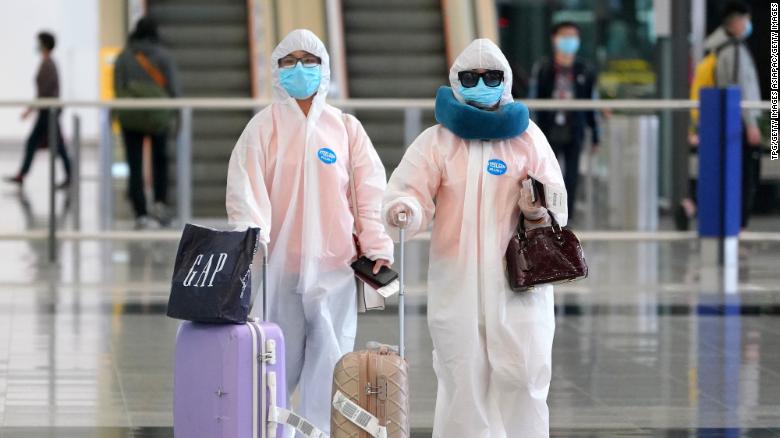 Vietnam and many Asian countries like Indonesia, Laos, Singapore, South Korea and Thailand are now listed in Group A, deemed at high Covid risk and passengers from these areas are required to spend 21 days in a designated quarantine hotel and undergo six Covid tests during this period, VNExpress citied a report by a local media.

They must self-monitor their health in the following seven days, according to the news outlet.

Hong Kong has confirmed its first local untraceable Delta case in several weeks, an infection described as “strange” earlier by the city’s health minister, while one expert has suggested the source was likely to be someone infected during quarantine who “slipped through the cracks” and made it into the community.

The infection was among seven confirmed Covid-19 cases on Monday. Three others involved close contacts of a previous Covid-19 patient, while the other three were imported.

The Government of Hong Kong has banned transfer and transit passengers from 153 countries and territories to prevent the spread of the Omicron COVID variant in the territory in a further blow to the country’s barely surviving airline industry.

Hong Kong Int’l Airport said the new rule entered into force on January 16 and would remain in place at least through February 15, 2022. Bloomberg initially reported that transit would remain permitted for participants of the upcoming 2022 Winter Olympic Games in Beijing, only for the airport’s authorities to subsequently clarify that no such exemption was provided by the law.

The list of 153 high-risk countries and territories comprises all of the world’s major jurisdictions except for mainland China and Taiwan, which remain classified as low-risk. Passengers from eight of the high-risk countries (Australia, Canada, France, India, the Philippines, Pakistan, the United Kingdom, and the United States) are banned from entering Hong Kong entirely through February 4. Passengers from the remaining 145 countries and territories can still enter Hong Kong but only if they are fully vaccinated residents of the territory and after a 21-day quarantine.

The new restrictions will only serve to further jeopardise Cathay Pacific’s already tenuous financial standing, given it has had to rely on a trickle of transfer passengers to sustain its skeleton passenger network. The airline’s crucial cargo operations have also been hampered by the tightened rules for returning crews and it faces legal action after some of the crew violated quarantine rules and have now been accused of bringing the Omicron variant into Hong Kong.