The National Assembly this week approved the largest economic stimulus package to date in Vietnam, totaling more than $15 billion, to boost spending on infrastructure and aid businesses and citizens devastated by the Covid-19 pandemic.

The bailout was half the amount that government officials had floated in the fall, as the National Assembly tried to strike a balance between too much government spending triggering inflation and too little spending miring the economy in a slump.

The government reported that economic growth, or gross domestic product, grew by only 2.58% in 2021, the slowest annual rate since the 1990s. The relief package, approved by the parliament on Tuesday, was intended to help return the country to robust economic growth, which ranged between 5% and 7% the decade before the pandemic hit.

This week, some international banks issued optimistic GDP forecasts for Vietnam in 2022, with Standard Chartered estimating 6.7% growth. National Assembly Chairman Vuong Dinh Hue said the recovery program aims for GDP growth of 6.5-7% on average during the 2021-2025 period and to keep the inflation rate below 4%. 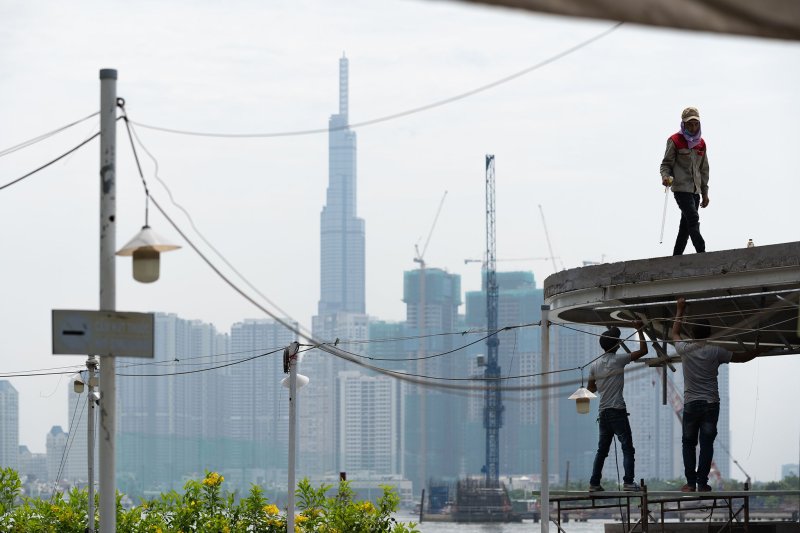 The bailout package will be spent on mega-infrastructure projects, corporate relief packages, social welfare programs and beyond. Source: Maika Elan for Vietcetera

Where is the money going?

The biggest chunks of the bailout package – as reported by Vietcetera’s 168Gio newsletter – will be spent in these areas:

Nations around the world including the United States, Japan and Singapore have passed trillions of dollars in fiscal stimulus plans to try and counter the severe economic damage the pandemic has wrought on individual countries and the global economy.

The surge in Covid-19 cases that started last year in Vietnam inflicted severe damage on the economy and on the livelihoods of millions of workers. During the height of the lockdowns, about 28 million people over age 15 suffered some sort of hardship in the third quarter, from job losses to furloughs to reduced hours, according to the report of the General Statistics Office. About 4.7 million people lost their jobs in the third quarter alone.