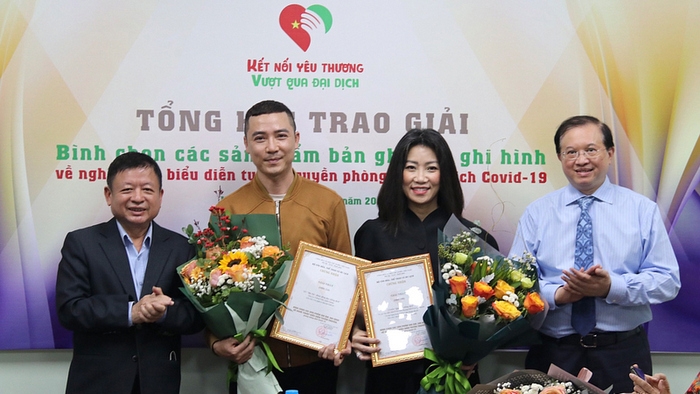 NDO – A ceremony was held in Hanoi on January 7, to honour the outstanding audio and video recordings, featuring performing arts that made great contributions to propaganda of the COVID-19 prevention and control.

From October 5 to November 5, 2021, the Department of Performing Arts received enthusiastic responses from nine art troupes and around 100 artists from nearly 30 provinces and cities.

The works were elaborately and passionately staged, while drawing the participation of several famous artists from across the country.