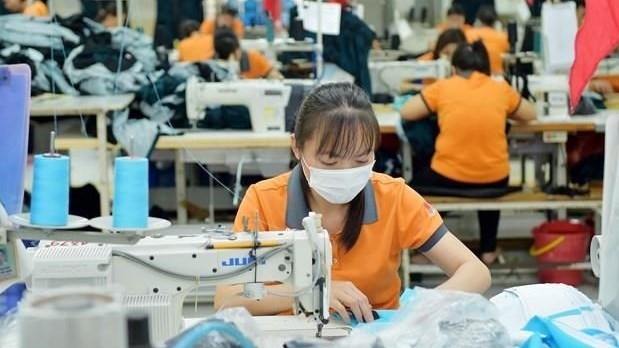 Vietnam has sketched out specific tasks and roadmaps to implement the Abolition of Forced Labour Convention of the International Labour Organisation (Photo:VNA)

NDO/VNA – Vietnam has sketched out specific tasks and roadmaps to implement the Abolition of Forced Labour Convention (C105) of the International Labour Organisation (ILO), under a plan approved recently.

According to the implementation plan, the Ministry of Labour, Invalids and Social Affairs (MoLISA) will coordinate with ministries and agencies to popularise the convention and related domestic legal regulations among employees, employers, people, agencies and organisations.

They will also review, adjust, supplement or issue new regulations to seriously and effectively fulfill requirements of the convention.

Training courses will be organised for employees, employers, businesses, cooperatives, agencies and organisations, helping to raise their capacity in the fight against forced labour.

It will also boost cooperation with countries, international and non-governmental organisations during the implementation, which will be reviewed in 2025.