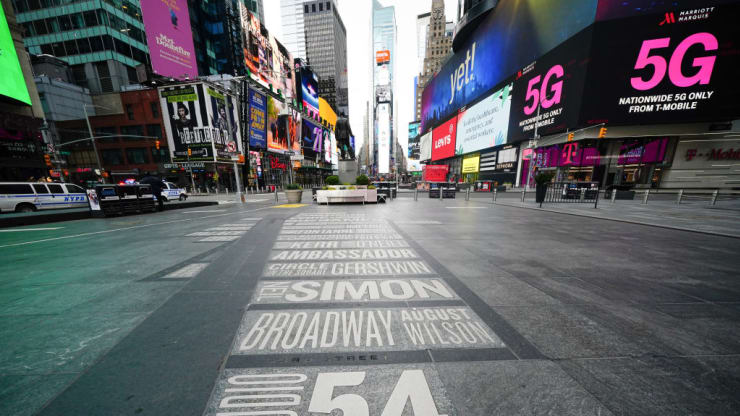 New government rules that halve the isolation period for asymptomatic coronavirus infections lack safeguards that could result in even more infections as the United States faces a record surge driven by the Omicron variant, disease experts said.

This week the U.S. Centers for Disease Control and Prevention reduced the recommended isolation period for people with asymptomatic Covid to five days, down from 10, after which they are asked to wear masks for an additional five days. The agency cited the extremely rapid spread of Omicron, which could force many more workers across industries to remain home in the coming weeks, even if they are not ill or infectious.

Related: Is Omicron variant the beginning of the end for Covid-19 pandemic?

A major concern voiced by scientists is that the isolation policy fails to distinguish between vaccinated and unvaccinated people, who recover from the virus at different rates. It also does not require testing to confirm that a person is no longer infectious before they go back to work or socialize.

“Unvaccinated people take much longer to clear the virus and not be infectious,” said Dr. Eric Topol, director of the Scripps Research Translational Institute. “Some people clear the virus in a day; others take a week or more.”

Topol said the policy represented “a new low” for the CDC, saying it flies in the face of the Biden administration’s pledge to hew closely to scientific evidence to curb the pandemic.

Topol and others said that there was not enough evidence of how Omicron behaves to support the five-day isolation recommendation, the decision to treat vaccinated and unvaccinated cases the same way, and the lack of a testing requirement at the end of that period.

CDC Director Rochelle Walensky said on Wednesday that the decision was based on research showing that up to 90 percent of Covid transmission occurred within five days of infection. She said the agency balanced that with evidence that only a small minority of people with Covid have been willing to isolate for a full 10 days so far during the pandemic.

“We really want to make sure that we had guidance in this moment, where we were going to have a lot of disease, that could be adhered to, that people were willing to adhere to,” Walensky said in an interview with CNN.

Walensky said in a White House briefing on Wednesday that standard PCR tests cannot be used to determine when a person can leave isolation because they can remain positive for several weeks. She told CNN that it’s not clear how well rapid antigen tests predict whether people can transmit the virus at the end of their disease. However, CDC guidance last week required such tests for healthcare workers before returning to work.

Several other countries have shortened isolation and quarantine periods, a judgment call that appears based on research into past variants and early findings regarding Omicron that don’t account for potential surprises, said Mike Ryan, the World Health Organization’s top emergency expert.

“It would be advisable at this point if we don’t see huge shifts, huge moves in reducing control measures for Covid-19 purely on the basis of initial or preliminary studies,” Ryan told a news conference in Geneva on Wednesday. 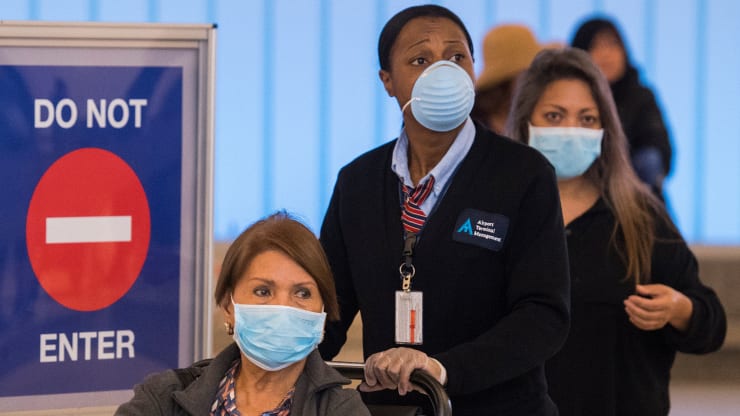 The average number of daily U.S. Covid cases hit a new all-time record on Wednesday of nearly 260,000 infections. While many of those cases are mild or asymptomatic, the large numbers of Americans who would need to isolate due to confirmed infection or quarantine due to an exposure threaten to exacerbate a nationwide labor shortage.

The airline industry has been the hardest hit so far, canceling thousands of flights during the winter holidays as crew members stay home.

“If all of these people suddenly are out of work for two weeks at a time, it’s going to cause tremendous disruption,” said Dr. David Dowdy, an infectious disease epidemiologist at Johns Hopkins University. “There is no easy answer here.”

Others warned the new guidance could inadvertently fuel additional cases.

The change in mask policy was intended to encourage more Americans to get vaccinated, but it relied on the compliance of unvaccinated people, many of whom were already opposed to wearing masks indoors.

The new isolation policy likewise relies on Americans to faithfully don masks for five days after their isolation period ends, rather than testing.

Shortening the isolation period for people with asymptomatic or very mild infections, as long as they get a negative rapid Covid test, could make more sense.

“Making a policy recommendation like that would have taken this from a bad policy that everybody’s upset about to a very reasonable policy that is based on evidence,” said Dr. Angela Rasmussen, a virologist at the University of Saskatchewan in Canada.

Given the persistent test supply shortages, though, requiring rapid tests would have been “almost laughable,” Ranney said. “There’s the ideal science and the actual on-the-ground reality.”