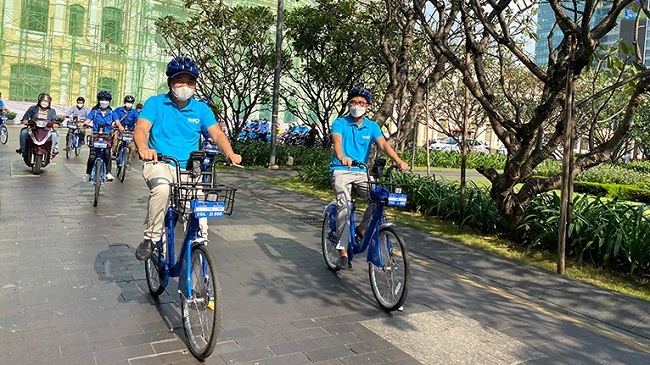 NDO – The Ho Chi Minh municipal Department of Transport in coordination with the Tri Nam Group launched a public bike service in District 1 on December 16.

Under the project, 43 bicycle stations have been set up on sidewalks along major streets, namely Le Loi, Ham Nghi, Nguyen Hue, Nguyen Thi Minh Khai, and Le Duan around the district, with each station housing nearly ten bicycles.

The bicycles are equipped with smart locks and GPS services which can be operated via 3G, and 4G connections, or Bluetooth.

Users can download the TNGO app on their phones to find the nearest station and register to rent bicycles, then scan a QR code to unlock the bike. Each bicycle is rented out for 5,000 VND (0.22 USD) for 30 minutes or 10,000 VND per one hour.

Do Ba Dan, chairman of the board of directors at Tri Nam Group, said the company has prepared 500 bicycles for the first phase of the project. In the second phase, it will mobilise an additional thousand bicycles to expand the project to different districts across Ho Chi Minh City.

According to Director of the municipal Department of Transport Tran Quang Lam, the city has placed priority on developing public transportation and limiting the use of private vehicles. 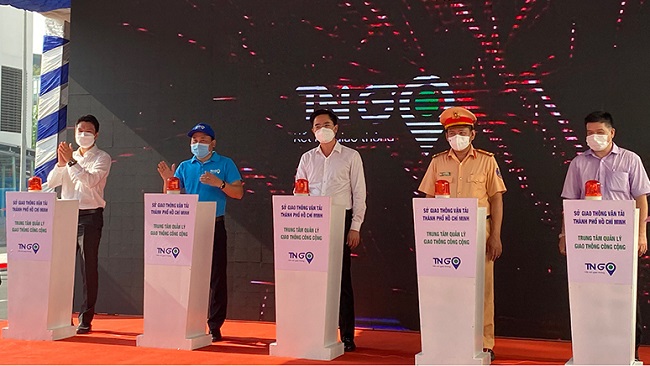