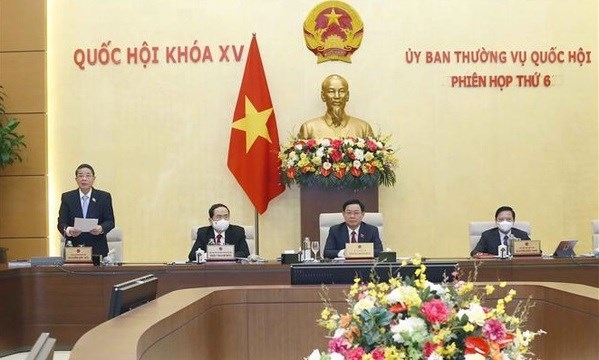 NDO/VNA – The sixth session of the National Assembly (NA) Standing Committee opened in Hanoi on December 8.

During this session, the NA Standing Committee will discuss a number of urgent issues related to the functions and tasks of the NA in the current period.

They will give opinions on a project to build fiscal and monetary mechanisms and policies to support the implementation of the socio-economic recovery and development plan in line with the spirit of safely and flexibly adapting to and effectively controlling COVID-19.

The NA leader underlined that the contents are beyond the framework of the five-year plans that have been submitted to the NA.

Alongside, members of the committee will consider the investment policy for the Eastern North-South Expressway project in the 2021-2025 project, and a draft resolution on the pilot application of special mechanisms and policies for the development of Can Tho city. They will discuss preparations for the extraordinary session of the 15th NA.