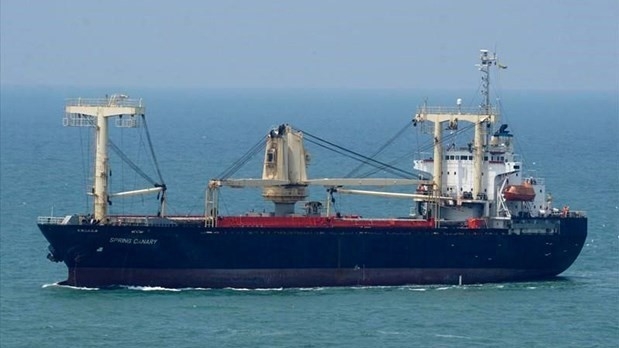 NDO/VNA – The Maritime Search and Rescue Coordination Centre for Zone 3 has coordinated a rescue of 18 crew members of a sinking ship offshore the south central province of Binh Thuan.

NARIMOTO MARU, a Belize-flagged cargo ship, was en route from Malaysia to Taiwan (China) with 18 sailors and 9,310 tonnes of clay on board.

The vessel began to tilt so heavily that it faced the risk of sinking when it was crossing the waters of Binh Thuan, about 262 km east-northeast of Vung Tau Cape, on December 1, forcing all the sailors to leave the ship amid high waves of up to 4 – 5m.

Upon receiving reports about the situation, the centre, without delay, contacted competent authorities in the region, asking for help to save the seafarers.

Thanks to the concerted efforts, a nearby Denmark-flagged vessel called MATHILDE MAERSK came to the site to rescue the sailors on the same day’s night and bring them ashore safely two days later.

The crew members were then taken to The Coast Hotel in Vung Tau City, the southern province of Ba Ria-Vung Tau to go under quarantine in accordance with COVID-19 preventive rules.