What’s next after all the craze over cryptocurrency? “Metaverse” has been the buzzword in Silicon Valley for some time now, with big tech and investors chasing it as the future of cyberspace and new markets for their profits to thrive. Apple has quietly been buying up early-stage augmented reality (AR) and virtual reality (VR) startups in areas from advanced optics to virtual events. Facebook’s recent rebranding to Meta has shown the company’s commitment to transform beyond the realm of social media into areas of virtual reality.

Metaverse is an abstract idea that still confuses people. Although it gained popularity in the Internet just a few months ago, the term already appeared in 1992, coined by sci-fi writer Neal Stephenson in his novel "Snow Crash” and later reimagined in the novel “Ready Player One” by Ernest Cline.

Broadly, metaverse refers to online spaces that allow more immersive interactions compared with conventional websites. It’s like the internet brought to life, helping people interact in the most realistic virtual way, even though they’re thousands of kilometers apart.

In a metaverse, you can use a VR headset instead of a computer to enter a virtual 3D world connecting all digital environments. Unlike today’s virtual reality, mostly used for gaming, a fully developed metaverse could be used for work, study, social gathering, or even hanging out with friends. 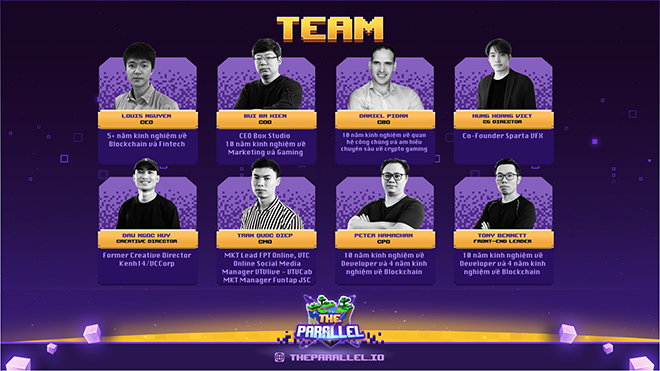 Staying ahead of the metaverse movement

Vietnam may not be top of mind when it comes to technology powerhouses. But with advancements in human resources, virtual reality and connectivity technology in recent years, Vietnam is determined not to miss the chance to set the pace in the metaverse world. The Parallel marks an activist posture from young Vietnamese who seek to become technology builders rather than followers.

Given the recent successful funding of Axie Infinity, a blockchain-based "play-to-earn" platform that ushered in a new era for the gaming industry, some blockchain enthusiasts believe Vietnam has more than enough capabilities to become a hub of metaverse startups with unicorn potential. Furthermore, the reputable data platform Chainalysis ranks Vietnam first in cryptocurrency adoption, indicating a huge growth for cryptocurrency markets and increased attention for this industry in Vietnam.

Louis Nguyen, CEO of The Parallel, explains the company’s aspiration to stay ahead of the curve: "The metaverse is a long-term goal, a vision of the future, and it took a lot of resources and time to get there. As a result, those who get in on this trend early will have a huge advantage in terms of success."

With years of experience and achievements in many fields, Nguyen and co-founder Bui Ba Hien have brought on more than 50 talented Vietnamese  for the metaverse aspiration. Sharing the long term vision with The Parallel, Kyber Ventures became the leading investor to help the project reach out to the global market. What’s more, The Parallel is advised by Hung Dinh,the famous technology millionaire,  and Santiago Roel Santos, a top angel investor in tech and healthcare, founder of EON Capital, and formerly crypto-asset investing at ParaFi Capital. 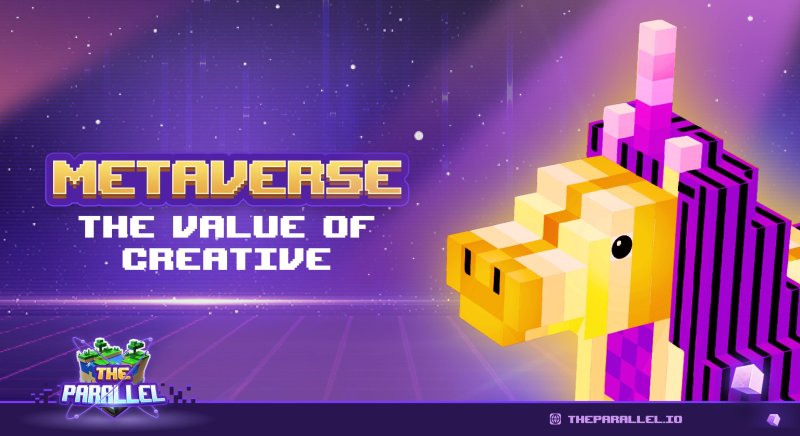 One factor that creates the massive part of the fun in The Parallel is the uniqueness. And the uniqueness comes from your limitless imagination of creativity. | Source: Twitter/@theparallel_io

The Parallel — A world manifested from our limitless creativity

The Parallel allows players, creators and businesses to build an entire dream universe from the bottom up — what the company calls “a world manifested by our creativity, unhindered by rules, and boundless in possibilities.” Using Runes, the pixel cubes that constitute The Parallel universe, creators can build their Paragon characters according to their styles and personalities, equipment, and infrastructure. Users can join a virtual concert, hang out with other players in a virtual bar, and businesses can even promote and sell their products on this platform.

As a long-term project with sustainable development goals, The Parallel aims to expand the metaverse beyond popular themes of gaming and entertainment, and to make it an integral part of our daily activities like socializing and making money.

The central focus of The Parallel is on "enjoying to earn" rather than "playing to earn." What this means is that users now can enjoy the ultimate form of entertainment while also having the opportunity to earn passive income by trading, lending, or borrowing non-fungible tokens (NFTs).

Previously, the time, effort and money gamers spent on building  a character and account in online game models resulted in the digital asset ultimately remaining with the developers. Players simply paid to get an enjoyable experience with no assets. With the integration of cryptocurrencies and blockchains, The Parallel is creating a new foundation where players can transfer virtual game assets into real assets. Every item a player earns and creates is transferable, tradable and marketable.

In this quarter, The Parallel is looking to develop its foundation game, Paragon Crafting, where users will engage in para-art and paragon crafting. Players and creators can copyright their designs then sell them using Hydra System, the NFT copyright protection technology, which is also in the making. The project appears to be very promising like its predecessor Axie Infinity, not only in Vietnam, but in the rest of the world.

"We believe that The Parallel will serve as a model for the next generation of entrepreneurs as they work to build a new world for the next Internet revolution,” Nguyen said.