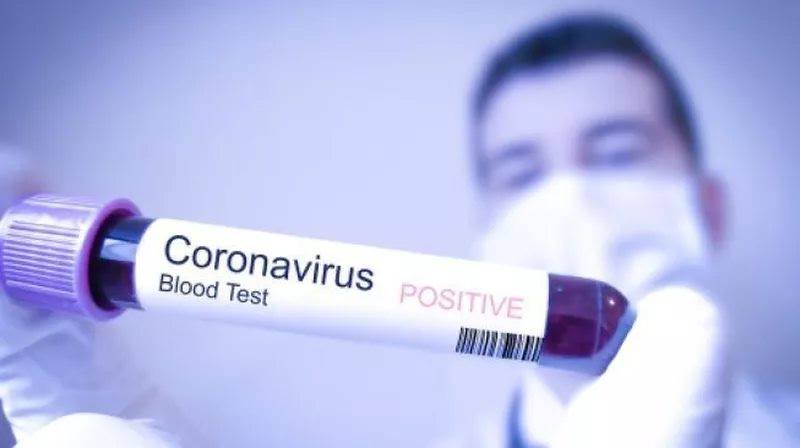 “We have found the Omicron coronavirus variant in two test samples that were taken on November 19 and 23,” the Dutch health ministry said in a statement on Tuesday. “It is not yet clear whether these people had also visited southern Africa,” the ministry added.

Evidence that the Omicron variant had arrived in Europe earlier than previously known came as Anthony Fauci, the chief medical adviser to US president Joe Biden, said the tally of Omicron variant cases had reached 226 in 20 countries, although it had not yet been detected in the US.

Fauci added that despite the emergence of the new variant, evidence from South Africa, where Omicron was first identified last week, so far did not suggest any unusual symptoms associated with it, although it was not clear if it could lead to more severe disease.

Concern over Omicron has prompted 56 countries to issue travel restrictions related to the variant. However, in new advice issued on Tuesday, the World Health Organization cautioned countries against imposing “blanket” travel bans but advised those who are unwell, those who have conditions that might lead to more severe Covid-19, and the over-60s not to travel.

Warning that blanket bans would not prevent the spread of the disease and would impact on livelihoods, the UN’s global health body instead advised: “Measures may include screening of passengers prior to travel and/or upon arrival, and use of SARS-COV-2 testing or quarantine of international travellers after thorough risk assessment.”

The Dutch announcement further muddies the timeline of when the new variant first emerged in Europe. Previously, the Netherlands had said it found the variant among passengers who came from South Africa on Friday – but the new cases predate that.

The Dutch research institute RIVM said it had found Omicron in samples dating from 19 and 23 November. Those findings predate the positive cases involving the variant found in at least 14 passengers returning from South Africa last Friday and tested at Schiphol airport, Amsterdam.

In a further indication that the Omicron variant may already be being transmitted within Europe, German authorities said they had found an Omicron infection in a man who had neither been abroad nor had contact with anyone who was.

Many countries reporting cases of the Omicron variant

Despite the worries around the globe, doctors in South Africa have reported that patients are suffering mostly mild symptoms so far, but they warn that it is early. Also, most of the new cases are in people in their 20s and 30s who generally do not get as sick from Covid-19 as older patients.

As countries disclosed scattered instances of Omicron, from Scotland to Hong Kong, Japan and France, the behaviour of the variant appeared to be following previous patterns of dispersal and identification that have forced health authorities to race to play catch-up, with most cases related to travel to southern Africa.

The European Union’s medical agency chief said on Tuesday it was ready to deal with the Omicron variant, and that it would take two weeks to have an indication whether the current Covid-19 vaccines would be able to deal with it.

Emer Cooke, the executive director of the European Medicines Agency, said if it did require a new vaccine to counter Omicron, it would take up to four months to have it approved for use in the 27-nation bloc.

“We are prepared,” Cooke told EU legislators, adding that cooperation with the medical industry was already taking place to prepare for such an eventuality. “We know that at some stage there will be a mutation that means we have to change the current approach.”

The emergence of the variant, which features an unusually large number of mutations on its spike protein, has prompted travel bans and new restrictions in a number of countries, as others – including the UK – moved to accelerate vaccination programmes.

While the overwhelming majority of current coronavirus cases behind the winter surge in infections across Europe remain the Delta variant, some experts fear Omicron could escape the protections of vaccines and compete with Delta for dominance.

As of Tuesday, 42 cases of the Omicron variant have been identified in 10 European countries, according to the head of the EU’s public health agency.

Authorities in the bloc were analysing another six “probable” cases, Andrea Ammon, who chairs the European Centre for Disease Prevention and Control (ECDC), told an online conference, adding that the confirmed cases were mild or without symptoms, although in younger age groups.

“For the assessment whether [Omicron] escapes immunity, we still have to wait until the investigations in the laboratories with sera from people who have recovered have been carried out. These are expected in a couple of weeks,” she said.

The variant has been detected in two Israeli doctors, one of whom returned from a conference in London in the past week. The physician who had returned from Britain had probably infected his colleague, a spokesperson for Sheba Medical Centre near Tel Aviv said, adding that the pair had received three doses of the Pfizer/BioNTech vaccine and so far had shown mild symptoms.

The WHO has warned that the global risk from the Omicron variant is “very high” based on early evidence, saying it could lead to surges with “severe consequences”.

The new variant was first identified last week by researchers in South Africa amid signs that growing number of cases attributed to Omicron in Botswana and South Africa may be showing the first signs of a “a steep rise”.

“There is a possibility that really we’re going to be seeing a serious doubling or tripling of the cases as we move along or as the week unfolds,” Dr Nicksy Gumede-Moeletsi, a regional virologist for the WHO, told the Associated Press on Tuesday.