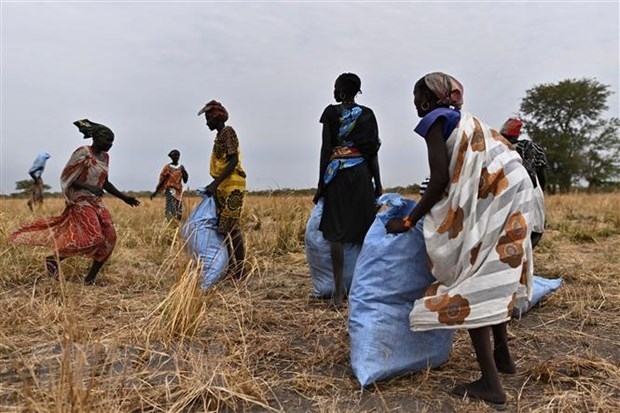 NDO/VNA - Ambassador Dang Dinh Quy, Permanent Representative of Vietnam to the UN, on his post as Chair of the UN Security Council (UNSC) Committee established pursuant to Resolution 2206 (2015) concerning South Sudan, conducted a field trip to the nation between November 16 and 20 to monitor its peace progress following the council’s related measures.

The trip, the first of the Committee since 2019, aimed to implement the council’s Resolution 2577 adopted in May 2021 to renew the arms embargo, travel ban and assets freeze imposed on South Sudan for another year and extended for 13 months the mandate of the panel of experts tasked with helping to oversee those measures, while expressing its readiness to adjust them in light of conditions on the ground.

During the visit, the UNSC delegation held working sessions with President of South Sudan Salva Kiir Mayardit, First Vice President Riek Machar, and other Vice Presidents, Speaker of the nation’s Transitional National Legislative Assembly Jemma Nunu Kumba, members of the local council of ministers, and the leader of the UN Mission in South Sudan (UNMISS), and other representatives of organisations and locals.

At these functions, Quy welcomed progresses made since the local Revitalised Transitional Government of National Unity (RTGoNU) was established in February 2020.

The ambassador studied information and reviews of the Government and partners involved on South Sudan’s political, security and humanitarian situations; on local progress in the implementation of the 2018 peace and of the five criteria under Resolution 2577 (2021), which would create the basis for the UNSC to review and consider adjusting or lifting the arms embargo.

The council’s delegation also met with Vietnamese personnel serving the UNMISS and heard a report on their activities. Ambassador Quy commended their efforts, particularly of the medical personnel working at Vietnam’s third the second-level field hospital in Bentiu.

The Committee oversees the sanction measures imposed by the UNSC, with Vietnam holding its chairmanship for 2020 – 2021.

Vietnam officially joined the UN peacekeeping operations and sent a representative to join the UNMISS in 2014. Currently, Vietnam is deploying 63 people, including 13 females, for its third second-level field hospital in Bentiu.