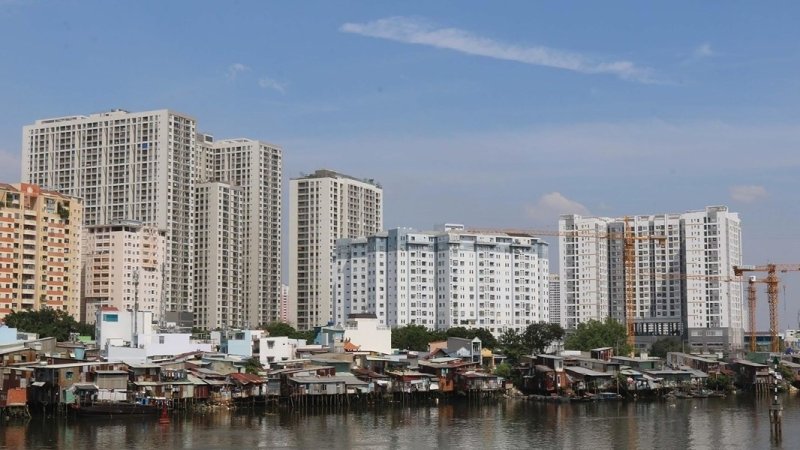 The proposal calls for an average housing area per person of 23.5 square metres by 2025 from the current 20.65 square metres. (Photo: VNA)

NDO/VNA - Ho Chi Minh City authorities are seeking 37.6 trillion VND (1.66 billion USD) to build affordable housing for workers over the next five years, of which State revenue will account for no more than 5 percent of the total investment, according to the Department of Construction.

Under the proposal, the city will build more than 18,000 affordable apartments to meet the needs of workers over the next five years.

He said it would provide land to enterprises to build housing near industrial parks and export processing zones for the workers.

Thu Duc City last month began a social housing project with 1,000 apartments worth 1.2 trillion VND as part of the city’s plan to build one million affordable units for workers.

About 1.3 million workers and labourers in the city need housing. Most of the workers live in rented rooms and spend 10-15 percent of their income to pay for rent, the department said.

The average worker’s housing area is only 14 square metres, costs 1.6 million VND to rent, and is often shared by four people.

According to statistics from the department, the city has built 15 housing projects for workers, covering 47ha, since the end of 2019.

The number remains modest compared to the housing needs of millions of migrant workers in the city. The biggest challenge in building social housing for workers is the lack of capital and land.