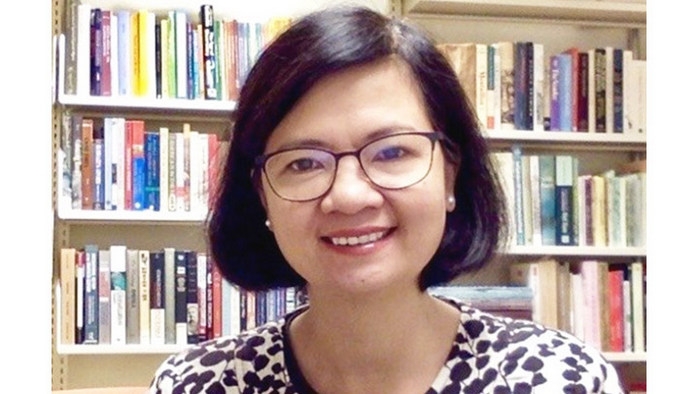 NDO – Dr. Bich Ngoc Turner (also Do Ngoc Bich) is well-known as a lecturer of Vietnamese language, culture and literature from the post-war period in the University of Washington in Seattle City, Washington.

She granted an interview with Thoi Nay (Present Times) publication of Nhan Dan (People) Newspaper to share about some experiences of teaching and learning Vietnamese literature in the US.

Q: Could you tell us about your teaching at the US university? What has been your biggest challenge in teaching there?

A: I used to teach Vietnamese language and culture at the training centre under the US Department of State. After that, I officially worked as a teacher of Vietnamese language and literature at the Department of Asian Languages and Literature under Washington University in 2014. In addition to teaching Vietnamese for first, second and third-year students, I imparted my knowledge of three subjects on Vietnamese studies in English: “Vietnam after the civil war in literature, film, and media”, “Contemporary urban culture in Vietnam”, and “Vietnamese literature during the 20th century”.

The students are mainly Vietnamese-Americans who want to learn about Vietnamese culture and a part of the past history of their parents and grandparents. About 5-10% of students are not of Vietnamese origin but they are eager to learn about Vietnam or have their close friends, lovers and relatives of Vietnamese origin. The biggest challenge is to put students at the central position to understand their demands, difficulties and advantages, and prepare diverse, multi-dimensional and objective lectures with many images and teaching tools such as research papers, books, memoirs, movies, reportages and documentaries. It takes me a lot of time.

Q: Are there any shortages of Vietnamese literary works in the US for the use in teaching at the universities?

Q: Have you ever thought about why Vietnamese literary works are not yet popular in the US?

A: On the contrary, I feel very fortunate that the number of Vietnamese literary works translated and published in the US is much higher than that of the languages of other Southeast Asian countries. Perhaps it is because Americans have a greater curiosity about Vietnam from the “Vietnam war” in the past.

Q: Have you ever found any Vietnamese literary work in the libraries in the US? What do your American colleagues say about them?

A: I have read many Vietnamese literary works in the libraries of three universities: the University of Hawaii, where I did my master’s degree; Yale University, where I used to work for a short time; and the University of Washington, where I have worked for seven years. Other major universities have also invested in purchasing literary and literary study and criticism books from Vietnam. They are mainly works from the 20th century and a few others composed during the 21st century. The universities, which have majors on Southeast Asian studies, are given an annual generous budget to order books and magazines from Vietnam.

Except for Vietnamese Americans, very few of my American colleagues are qualified to read original Vietnamese literature. Several people read translated works but mainly because they had to teach Vietnamese history and the war in Vietnam. Therefore, they need the books related to the war such as “Noi buon chien tranh” (The Sorrow of War) by Bao Ninh or “Nhat ky Dang Thuy Tram” (Diary of Dang Thuy Tram) by Dang Thuy Tram. Some colleagues asked me which books they should read to better learn about Vietnam. Depending on their demands, I gave appropriate suggestions such as “Thoi xa vang” (A Time Far Past) by Le Luu, “So do” (Dumb Luck) by Vu Trong Phung, and the collections of post-war short stories. There are more than a dozen collections of Vietnamese short stories and 15-20 selected novels that have been translated in the US.

Q: In your opinion, what should Vietnamese side do to promote Vietnamese literary works in the US?